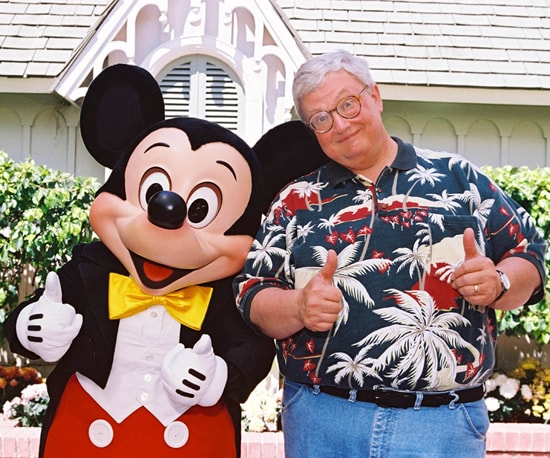 With the sad news of the passing of film critic Roger Ebert last week, I wanted to share some rarely seen photographs from our archives of Roger and his longtime “Siskel & Ebert” partner, the late Gene Siskel, taken at Disneyland park over the years.

This photo of Roger and Mickey Mouse was taken in the summer of 1997 inside Tour Gardens next to Disneyland City Hall. 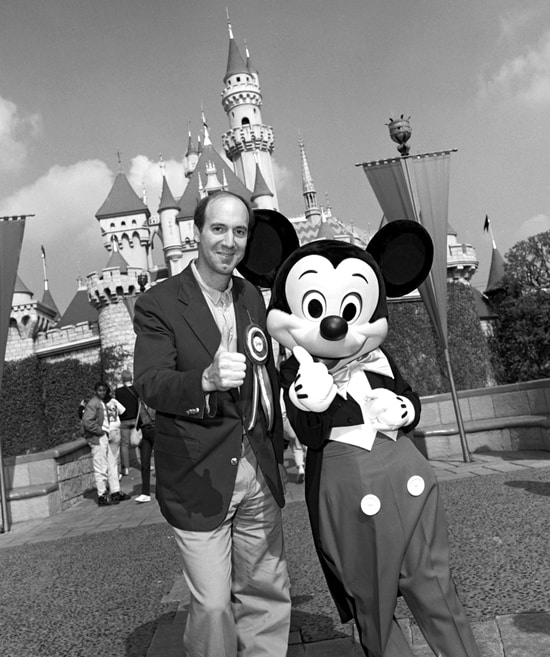 In this photo, taken in February of 1989, Gene Siskel meets up with Mickey at Sleeping Beauty Castle.

Their long-running television program was one of the first syndicated television shows under Disney’s Buena Vista Television Group (later renamed Disney-ABC Domestic Television). Credited for bringing critical discussions about the movies to the masses, “Siskel & Ebert” debuted in 1986 and ran for nearly 25 years under various names, and always with the iconic “thumbs-up, thumbs down” verdict on every film discussed.

If you’ve ever wondered how they decided to call the show “Siskel & Ebert” and not “Ebert & Siskel,” the one-time rivals-turned-friends said that despite Roger being slightly older and a Pulitzer Prize winner, and despite the fact that “E” comes before “S” in the alphabet, the answer is really quite simple: a coin toss.

As someone who enjoyed reading Roger and Gene through the years and always looked forward to their impassioned discussions of the latest films every week on television, it’s hard to imagine another film critic duo coming along to fill their shoes anytime soon, so, to borrow their phrase from the end of each show, “Until then, the balcony is closed.”