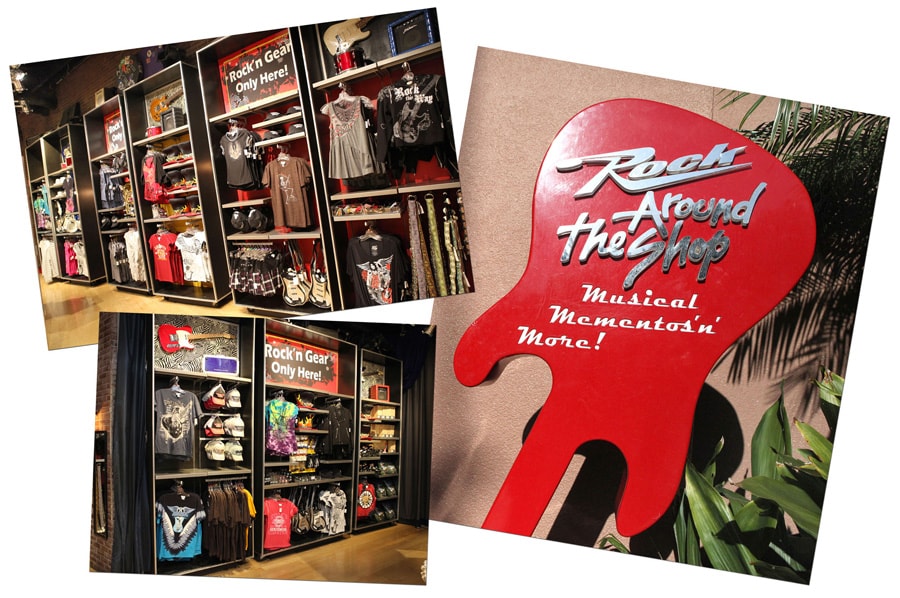 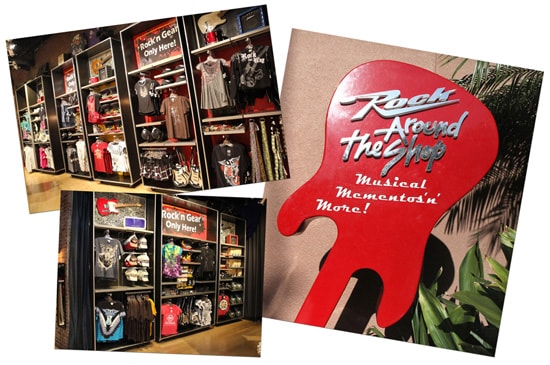 I’ve often dreamt of being in a rock band, performing shows in sold out arenas around the world. I once had a great name for my band, but it’s sadly no longer available. The closest I get to being a rock star these days is singing karaoke on the weekends or visiting Rock ‘N’ Roller Coaster Starring Aerosmith at Disney’s Hollywood Studios. I love this attraction, especially the thrill of taking a super-stretch limousine through the darkened freeways of Los Angeles (if only driving in Los Angeles was really like that!). I recently visited Rock Around the Shop, the merchandise location at the attraction’s exit, to see what “rock’n” gear they offer for my imagined world tour.

“[Rock Around the Shop] has a good mixture of merchandise inspired by the attraction,” explained Matt. “Guests will find apparel, accessories, headwear, plush and more. We recently added some signage to the location to inform guests that many of these items are only found in this shop.” 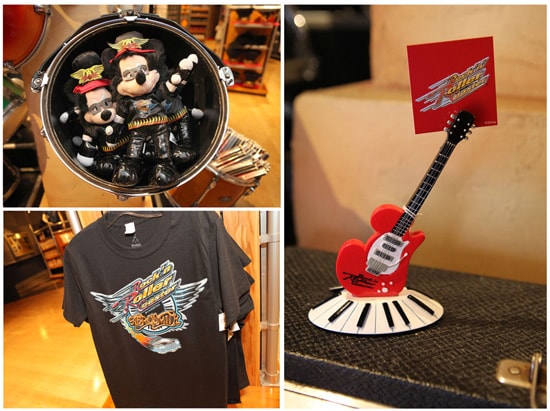 The attraction’s logo is found on a few items, including shirts and a popular Mickey Mouse rock star plush. I liked the miniature guitar photo holder that was inspired by the giant guitar found outside the attraction. I also found a variety of shirts inspired by Aerosmith’s classic songs or their iconic logo. I particularly liked the “If It’s Too Loud” shirt (the only way to listen to rock!). Matt told me that one of the more popular items recently introduced was the guitar shaped bag (hello, air guitar solo!). 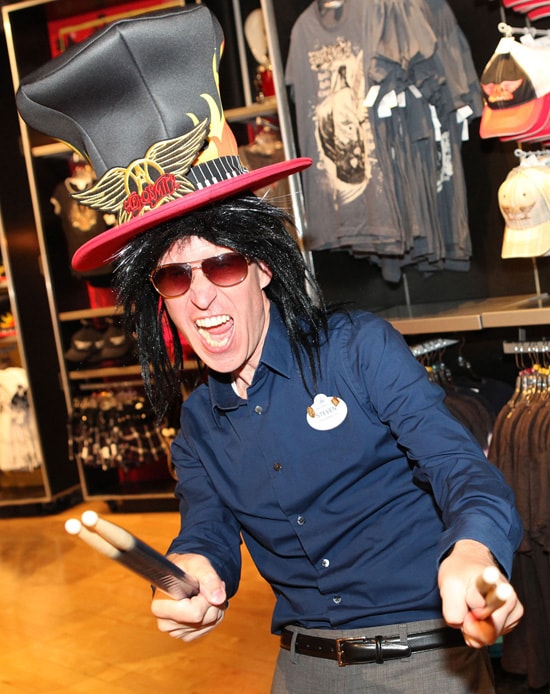 Finally, I couldn’t resist recreating a photo that many guests take when exiting the shop. Thank you to my fellow author Erin Catalano for taking this image. I guess it makes up for the recent Cozy Cone hat photo I took of her.

Read on for more from Disney’s Hollywood Studios: