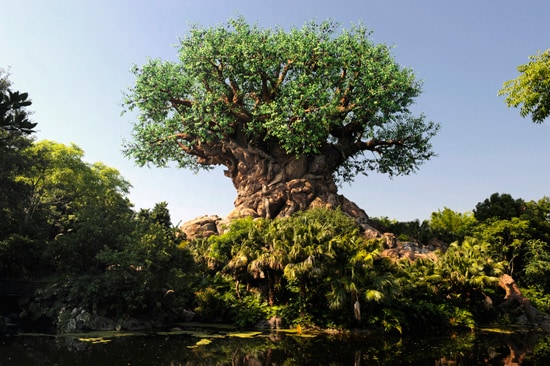 With the 15th anniversary of Disney’s Animal Kingdom coming up next week (on April 22), we thought we’d share this visual treat with you early – it’s a look at the early construction of the park’s Tree of Life.

The Tree of Life is the centerpiece of Disney’s Animal Kingdom – and for me, it has always been one of the most visually stunning sights in the park. This 145-foot-tall masterpiece was designed as a symbol of the circle of life and features 325 animals sculpted into its roots, trunk and branches. No matter how many times I visit the park, I love to try to count how many different animals I can spot.

Check out this video, which shows the construction of the tree from ground up.

For more on what’s planned for the park’s anniversary, don’t miss our previous post.

To join the conversation about the park’s anniversary online, use the hashtag #DAK15 on Twitter.