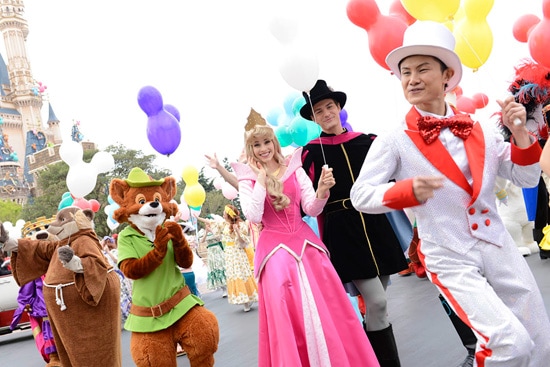 Today, it’s all smiles at Tokyo Disney Resort as we celebrate a 30th anniversary and kick off a special year of happiness at the resort’s parks. 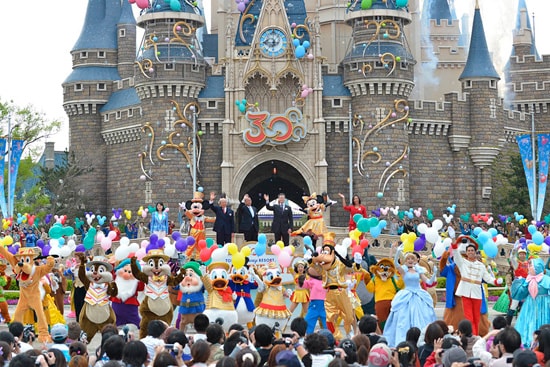 In a spectacular ceremony at Tokyo Disneyland Park, Tom Staggs, Chairman of Walt Disney Parks and Resorts, shared the stage with Toshio Kagami, Chairman and CEO of Oriental Land Company, Kyoichiro Uenishi, President and COO of Oriental Land Company, as well as Master of Ceremonies Ayaka Nagai, the 2013 Tokyo Disney Resort Ambassador to celebrate the major milestone. Afterward, Mickey and Minnie, along with 300 characters and cast, took the stage officially launching the anniversary celebration.

“Since opening day, the Tokyo Disney Resort has inspired the imaginations of hundreds of millions of guests, becoming the most beloved leisure destination in Japan,” said Tom. “The special relationship and collaboration we have with our partner, Oriental Land Company, has continued to grow and flourish over the last three decades, and this can directly be seen in the many incredible attractions, entertainment and experiences we’ve added to the Resort throughout the years.”

A new daytime parade called “Happiness is Here” also began during the celebration. The parade features 13 floats and includes Disney characters from throughout the years, including Goofy, Aladdin and Winnie the Pooh, along with characters from “Toy Story” and “Alice in Wonderland.” It’ll continue to run daily during “Happiness Year” at Tokyo Disneyland Park. 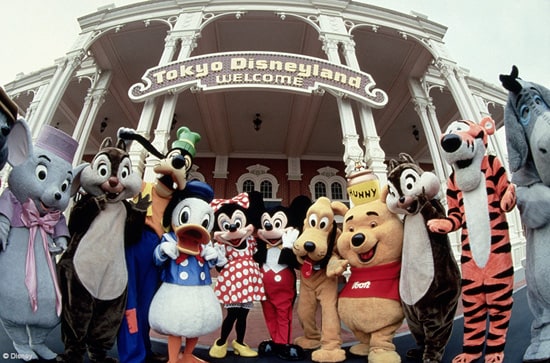