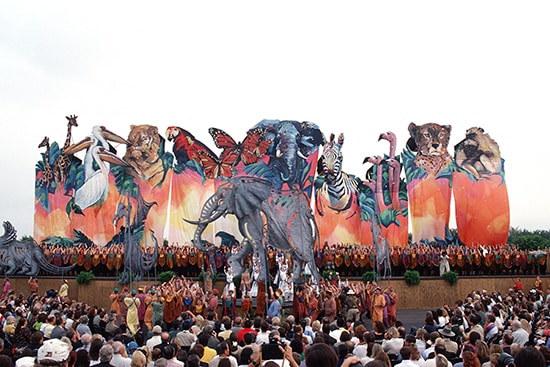 Michael Eisner, then chairman and chief executive officer, along with Roy E. Disney, former vice chairman of The Walt Disney Company were on hand to dedicate the park. Roy stated, “Disney’s Animal Kingdom, like the animal world itself, will evolve and grow. It’s truly a living thing.” While large puppets of birds flew over the crowd and other animals marched down the aisles, the dedication ceremony was a celebration of animals, conservation and the cast members who made Disney’s Animal Kingdom possible. Here’s to another 15 years of wild adventures!