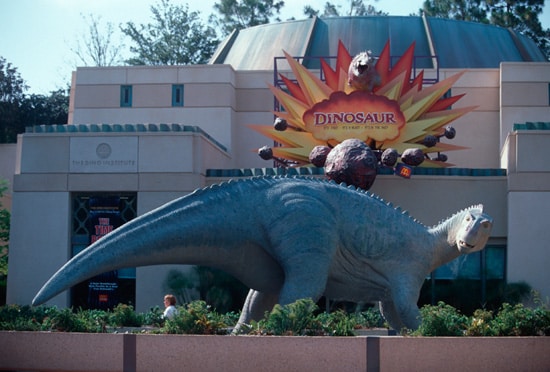 “Our tours are designed to take you to the early crustaceous period. And I can assure you that all Time Rovers have been securely locked on those coordinates.” Famous last words from Dr. Marsh, right?

Disney’s Animal Kingdom brought the age of the dinosaurs back to life in 1998 when the Dino Institute in Dinoland, U.S.A., opened. Here’s a look at the Institute still under construction in October 1997. 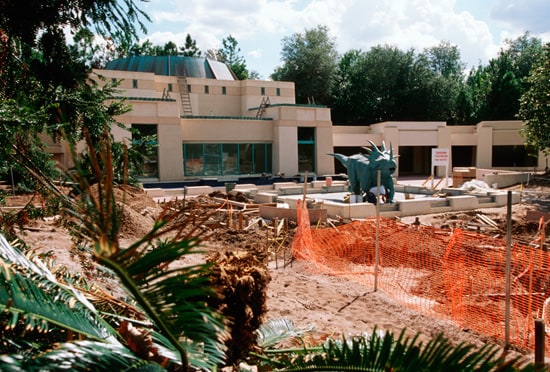 Originally called Countdown to Extinction, this attraction takes guests 65 million years back in time to rescue an iguanodon from extinction. The attraction changed its name on May 1, 2000 in honor of the Walt Disney Pictures film “Dinosaur.” 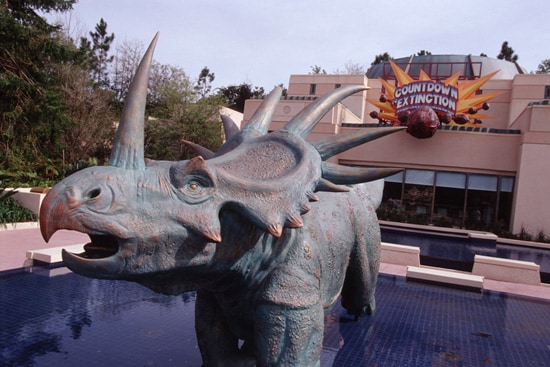 DINOSAUR is one of two attractions at Disney’s Animal Kingdom to open before the movie it was based upon premiered in theaters. The other is “It’s Tough to be a Bug!” based on the Disney•Pixar film “A Bug’s Life“.

It doesn’t matter how many times I travel back in time on a Time Rover, I always believe Dr. Seeker as he screams, “You’re not gonna make it!” Luckily we do make it, and I’m still here to write about my adventures at the Dino Institute.