Wildlife Wednesdays: Party for the Planet to Celebrate 15th Anniversary of Disney’s Animal Kingdom and Earth Day on April 22

As a proud member of the Disney’s Animal Kingdom opening team, I can say with assurance that every day is a Party for the Planet at Disney’s Animal Kingdom, as guests and cast members join together to celebrate the wonders of nature. But on April 22 (Earth Day), in recognition of the park’s 15th anniversary, there will be even more natural magic. Here are some tips for all of you who are able to come: 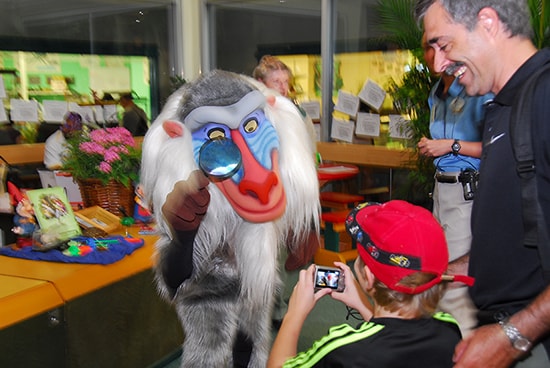 Looking for more Earth Day fun during your visit to the Walt Disney World Resort? On April 22 at Epcot, which is celebrating the Epcot International Flower & Garden Festival, special Earth Day activities are taking place at The Seas with Nemo & Friends and Vision House in Innoventions, and be on the lookout for Earth Day activities at our resorts and Downtown Disney.

Wildlife Wednesdays: Party for the Planet to Celebrate 15th Anniversary of Disney’s Animal Kingdom and Earth Day on April 22

view all
Likes (0)
Share Wildlife Wednesdays: Party for the Planet to Celebrate 15th Anniversary of Disney’s Animal Kingdom and Earth Day on April 22