Window Shopping at Disney Parks Around the World: Disneyland Paris

I love to travel and I hope you do too, because I’m taking you on a trip. From time to time, I invite you to join me as we “window shop” at Disney Parks around the world.

Can you believe it’s been 21 years since Disneyland Paris first opened its doors? It’s amazing how time flies. I had the chance to catch up with Regis Alart, Junior Product Developer and 2011-2012 Disneyland Paris Ambassador, who gave us a glimpse at some very special artwork created for a 1993–2013 Joyeux Anniversaire pin.

“The art was inspired by the way Le Château de la Belle au Bois Dormant was decorated when we celebrated our very first anniversary,” said Regis. “I’m so happy that we can now share this special occasion with Disney fans around the world.” 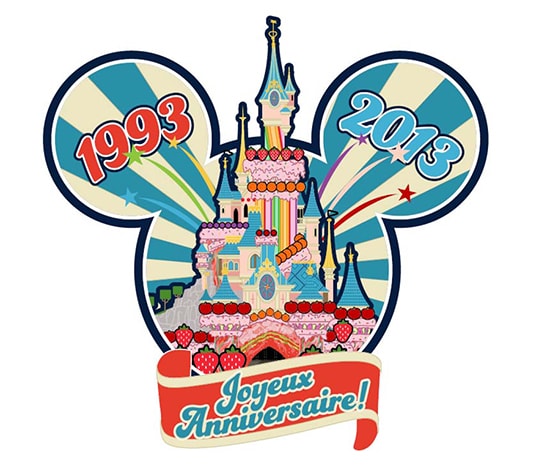 This anniversary pin, which will be limited to an edition size of 1,013, will retail for €12.99 and will be released at Disneyland Paris on April 12, at the Pueblo Trading Post in Frontierland. Even though most of the merchandise highlighted in our upcoming “window shopping” trips here on the Disney Parks Blog will not be available to purchase via phone or mail order, this is a special exception! Guests who wish to inquire about remaining quantities of this pin may do so after April 13 with the Mail Order team at Disneyland Paris via dlp.pintrading.mail.order@disney.com.

I hope you enjoyed the trip. Have your passport to the world of merchandise ready, because you never know where we will go next.