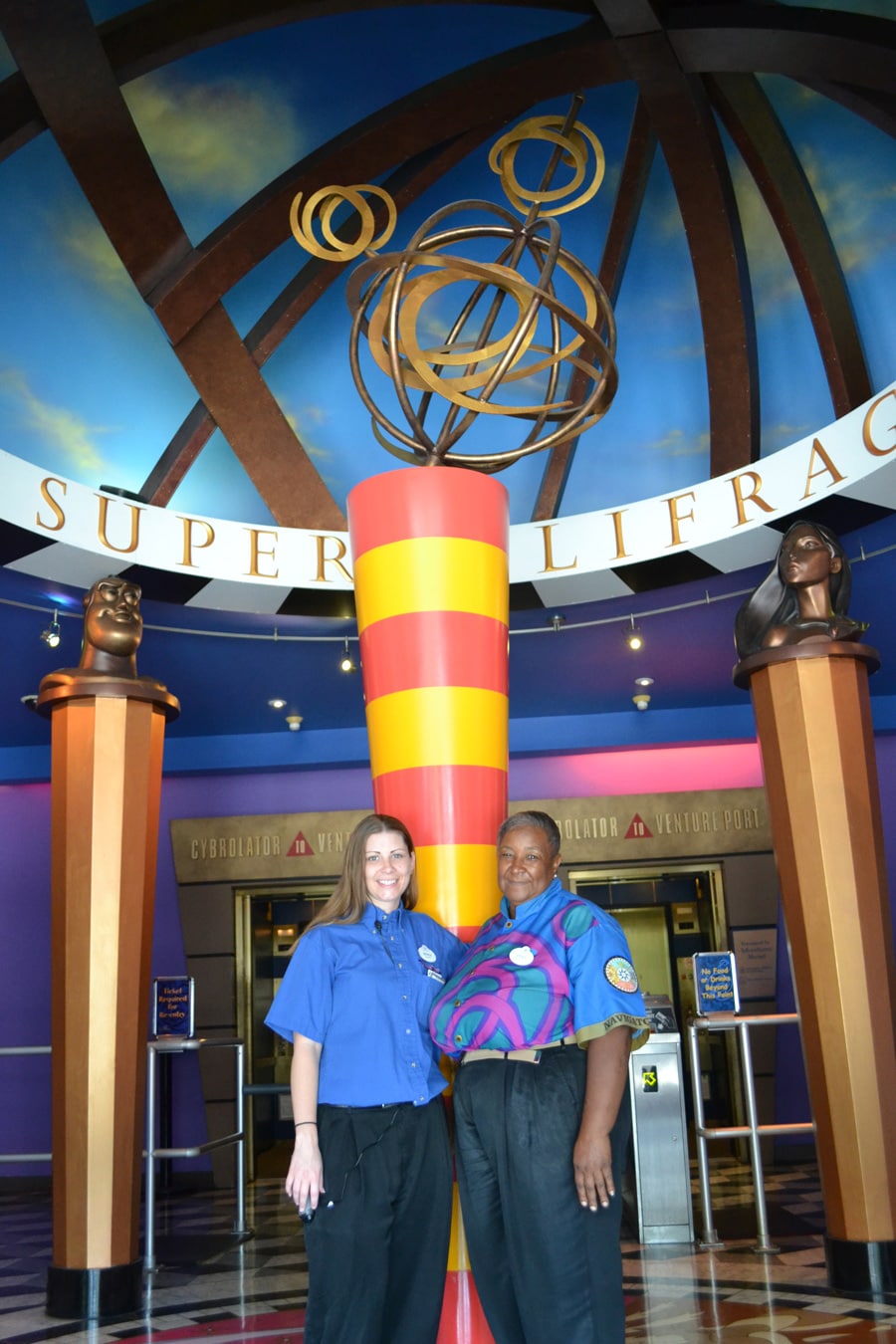 I started my Disney career as part of the Walt Disney World Resort College Program in the fall of 1997. In those days, my roommates and I spent a lot of time at Downtown Disney, mostly at Pleasure Island. I remember hearing about something new coming to the West Side – a giant five-story building filled with virtual reality games, arcade classics and cool interactive experiences you couldn’t find anywhere else.

It seems like just yesterday, but in a few short weeks, we celebrate 15 years of DisneyQuest. (Wow, does that make me feel old!) I’ll admit, when I joined the Downtown Disney team three months ago, I hadn’t been to DisneyQuest in while. (Like, years.) I’m happy to report, I had a blast. I had the most fun playing Pirates of the Caribbean: Battle for Buccaneer Gold. I’m competitive by nature, so luckily, I scored the most points! And I loved CyberSpace Mountain and the classic arcade games I remembered from my youth.

While some of the games have been there since opening, new experiences have been added over the years, and many have been updated with higher-resolution screens and graphics. Check out virtual Jungle Cruise and Mighty Ducks Pinball Slam to see for yourself!

Something else that’s been there since the start? Two special cast members, Jessica and Jackie, who’ve been part of the DisneyQuest team since day one.

Jackie, a 43-year Disney cast member this September, opened Walt Disney World Resort (She remembers seeing Walt from afar during construction and met Roy on Opening Day; can you imagine?) and she’s been at Downtown Disney since 1983. She says DisneyQuest is “like one big happy family in the ‘big blue box.’” She loves her role as a QuestKeeper and plans to stay on until retirement.

Jessica, an Attractions Coordinator who was nearly nine months pregnant when DisneyQuest opened, echoes the sentiment, saying, “I don’t have any plans of leaving; I like it here. It’s my home.” Her daughter, the first “DisneyQuest baby,” is now 14 years old. No surprise here, she loves the indoor interactive playground where her mom has worked for a decade and a half.

Though the lobby hasn’t changed much over the years, the fashions certainly have! Red denim overalls (as seen in the archived Marketing shot below) may have been all the rage in the late ’90s, but today it takes a special person to pull off that look. Luckily, a great smile never goes out of style – and after 15 years, I’m so happy to see that it’s still the accessory of choice for Jessica, Jackie and their fellow DisneyQuest cast members.

Have you visited DisneyQuest during its 15-year history? If so, what did you enjoy most? (I’m sure there are a few fellow “Pirate” lovers out there!)

Read on for more from Downtown Disney at Walt Disney World Resort: