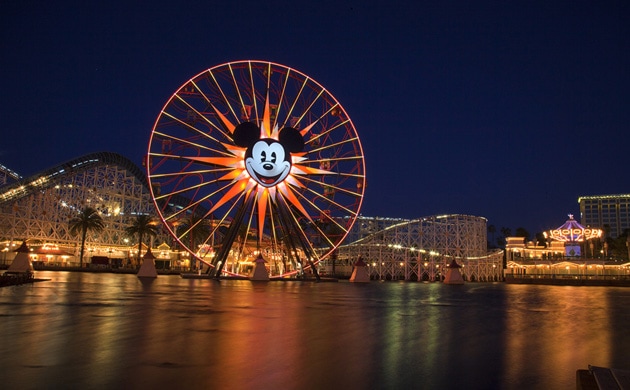 What do these three photos have in common, besides being taken at Disney California Adventure park? To me, they all show how wind can affect a photo. The wind was blowing really hard when I set out to take photos for this “Disney Parks After Dark” post. This changed what I had hoped to capture – I think for the better. 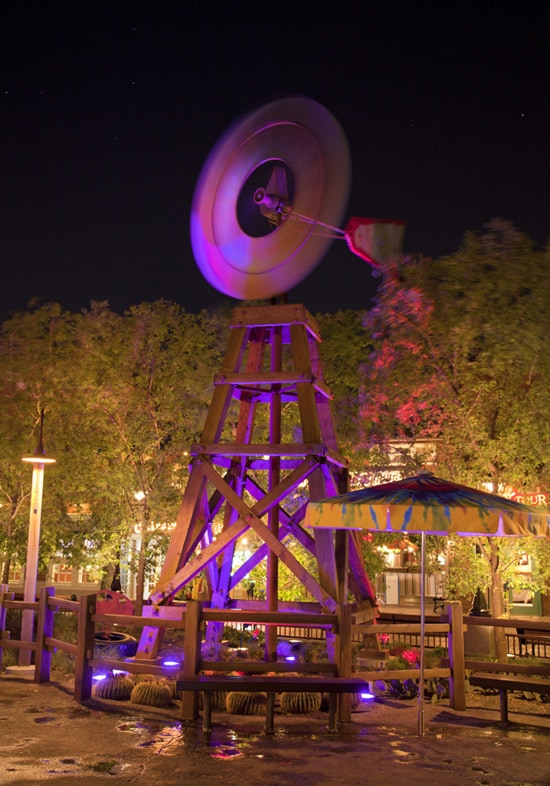 The spinning windmill at Fillmore’s Taste-In at Cars Land immediately caught my attention. I don’t remember ever seeing it spin that fast before! 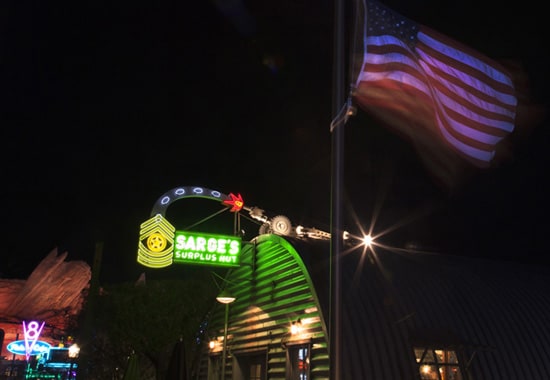 For the next photo, of Sarge’s Surplus Hut, I used a flash at full power to stop the motion of the flag. 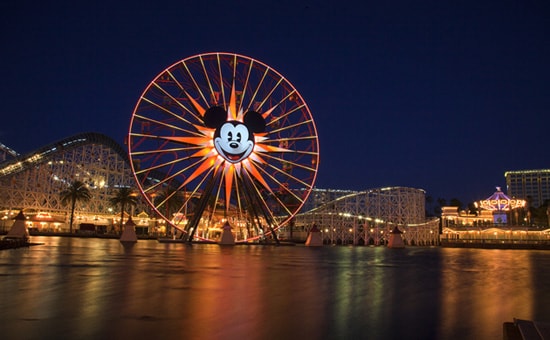 My favorite of the three is the view of Paradise Bay with Mickey’s Fun Wheel in the background. With a 13-second exposure, the water should be fairly smooth – but if you look closely, you can see what appears to be small waves being pushed by the wind.

See the posts below for more from the “Disney Parks After Dark” series: