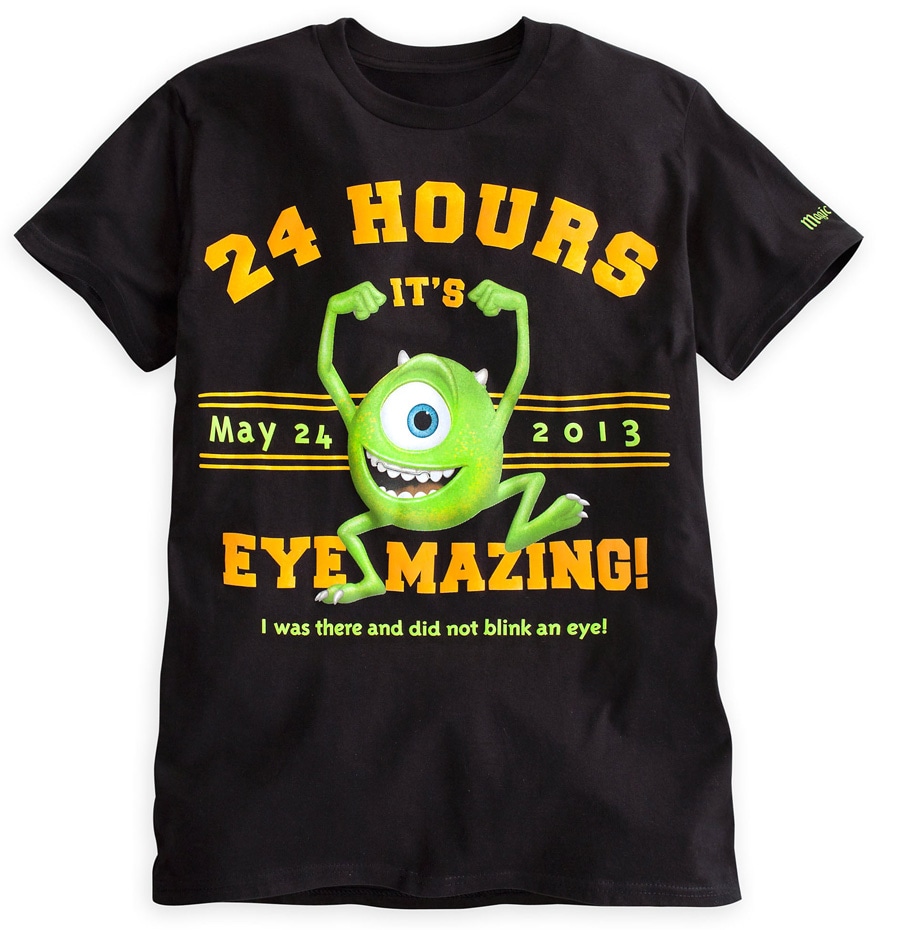 ‘Eye-mazing’ Merchandise for Monstrous Summer All-Night Party at Disney Parks on May 24, 2013 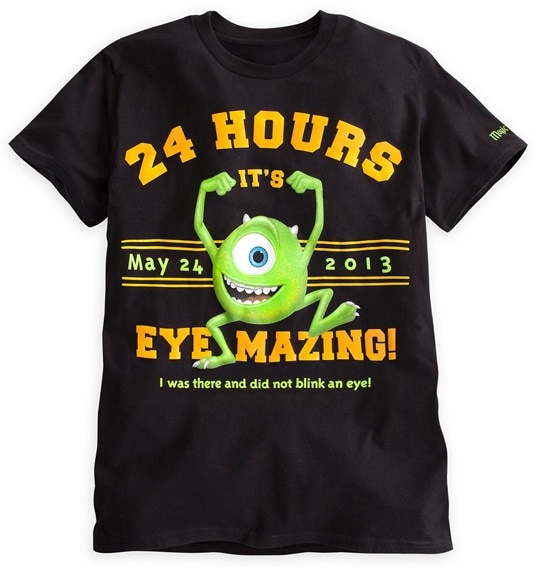 I can’t wait for the upcoming all-night party that will kick off a Monstrous Summer at Disney Parks on May 24, 2013. I had a blast at last year’s 24-hour party with my fiancée, so I imagine this one will be even more “eye-mazing!” As part of Limited Time Magic, Disney Theme Park Merchandise has created some commemorative items featuring Mike Wazowski and James P. Sullivan, stars of Disney•Pixar’s upcoming film “Monsters University.” Here are some things you can expect starting May 24.

We will have a new logo shirt featuring Mike, created just for the 24 hour party. The shirts will be similar on each coast except for a small logo change on the sleeve (either “Magic Kingdom” for guests in Florida or “Disneyland Resort” for guests in California). This shirt will also be offered on our Disney Parks online store from May 24-27 at http://www.DisneyStore.com/ParkEvents. (Please note that items will be shipped in 6-8 weeks from time of order.) 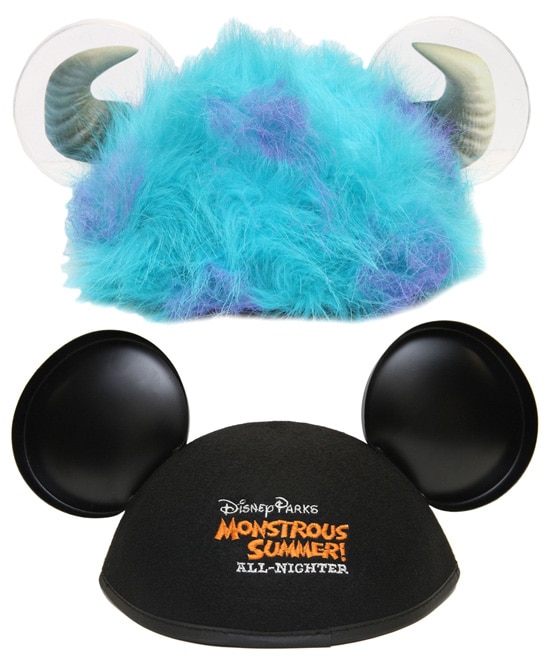 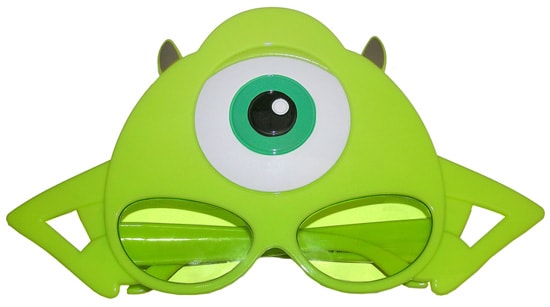 The apparel, ear hats and sunglasses will be released at the Emporium and select locations in Magic Kingdom Park at Walt Disney World Resort. At Disneyland Resort, look for these items in Emporium at Disneyland park and Elias & Co. at Disney California Adventure park, among other select locations. Please note we will have a purchase limit for the Mike Wazowski sunglasses and the Sulley ear hat; Guests may purchase a maximum of two of each item. 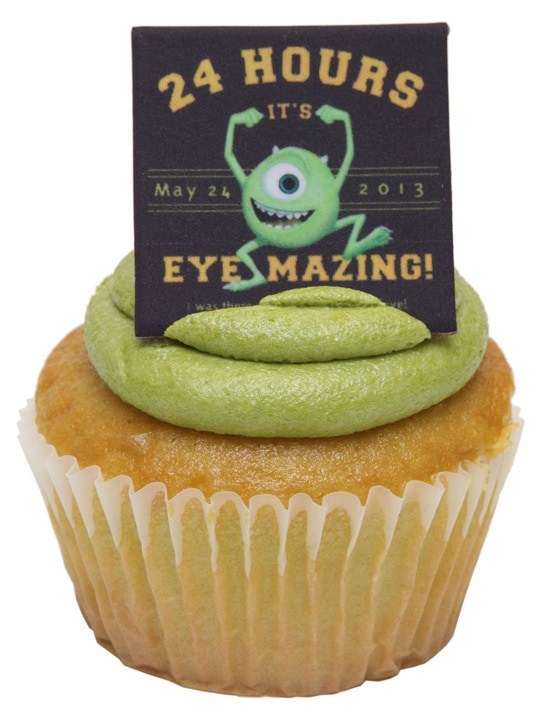 The Consumables team will offer some treats inspired by Mike and Sulley, including blue and green cotton candy, cake pops, and decorative candy apples. My favorite (mostly because they gave me a sample to try) is the delicious cupcake complete with green icing and a chocolate logo square. Look for select goodies in locations like the Main Street Confectionery in Magic Kingdom Park at Walt Disney World Resort, Candy Palace at Disneyland park or Trolley Treats at Disney California Adventure park.

All of these items will be available for a “limited time” only beginning May 24, while supplies last.

Finally, I invite you to follow the Disney Parks Blog on May 24, as I will be traveling coast-to-coast to party in three Disney Parks that day. I look forward to seeing friends on both the east and west coasts! If you are in the parks, please say hello!

Check out these posts to learn more about our Monstrous Summer All-Night Party on May 24: