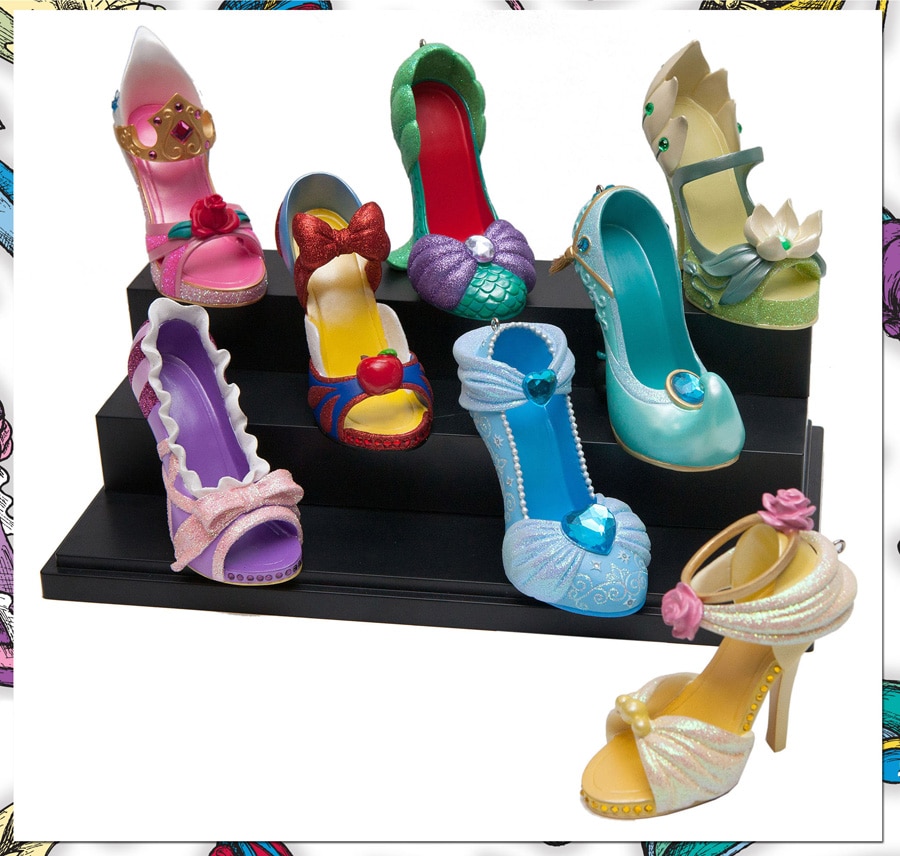 Last November, you may recall seeing a sneak preview of new Disney character-inspired shoe ornaments when my fellow author Jennifer Fickley-Baker visited Disney Theme Park Merchandise headquarters. I’m happy to share that these new ornaments will be at Disneyland and Walt Disney World Resorts within the next few weeks. Similar to the character ear hat ornaments released last summer, these new shoe ornaments contain some amazing details. The artwork for these ornaments was created by Disney Design Group artists Cody Reynolds and Costa Alavezos. Cody designed the majority of the shoes, including the Disney Princesses and other characters like Daisy Duck, Minnie Mouse or Mary Poppins. I recently spoke with Costa Alavezos about his experience creating the Disney Villain shoes. 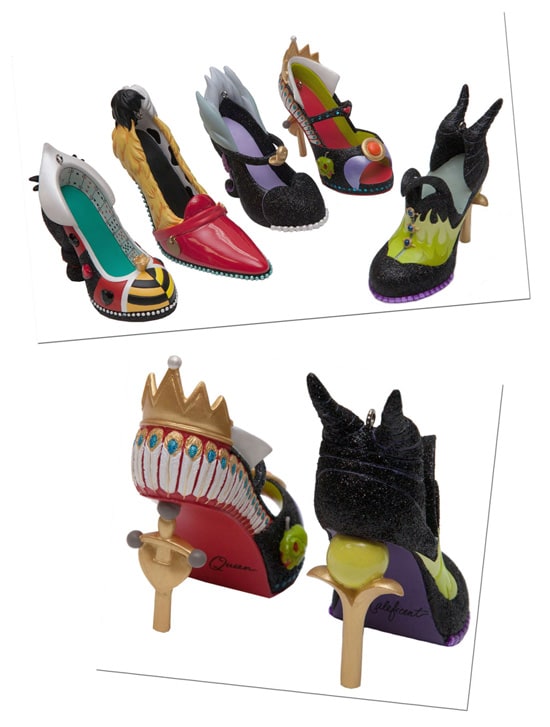 “We wanted to create beautifully detailed ornaments that guests would enjoy displaying or collecting any time of year,” explained Costa. “The ear hat ornaments were very popular last year, so that became the basis for our designs. We kept the shoes mostly the same shape and size. To really capture the essence of each character, we added embellishments like glitter, jewels or printing. This was my first time designing women’s shoes, but I think they turned out great!”

The shoes each measure approximately 3 inches long by 3.5 inches tall. All of them contain a removable ribbon attachment, which is perfect for those interested in displaying them year round. 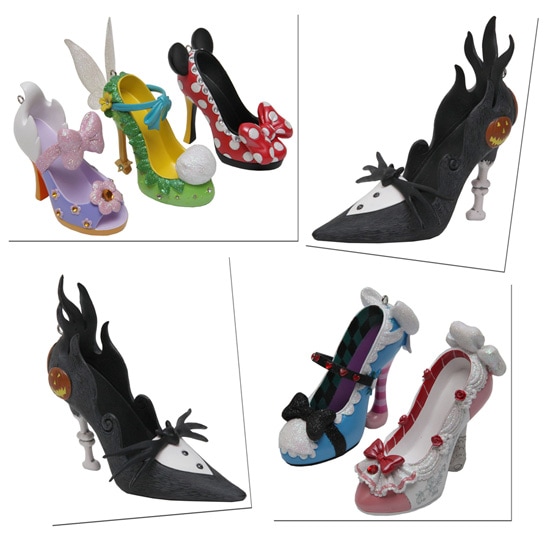 I asked Costa which shoes were his favorites to design.

“I enjoyed designing both the Queen from ‘Snow White and the Seven Dwarfs’ and Cruella DeVille,” continued Costa. “I liked Cruella’s shoe because it is a little longer than the rest. It resembles something exactly like a fashion diva such as Cruella would wear. For the Queen, I added different elements from her environment, like the feathers from her throne and a sword as the heel.” 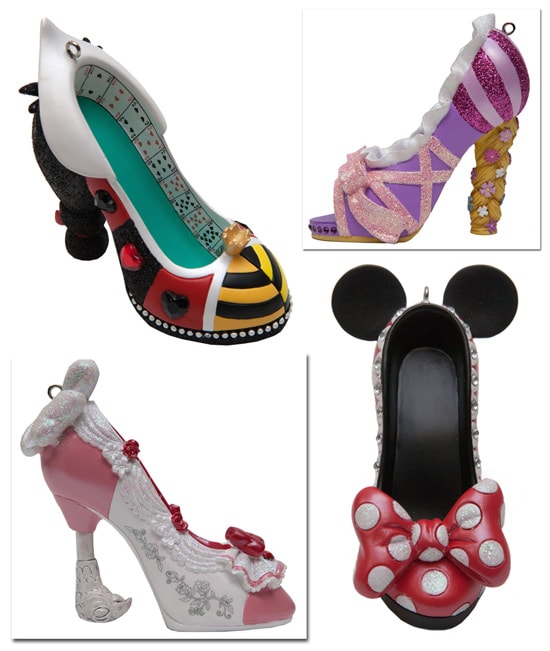 I loved photographing the little details found on these shoes. I particularly liked the playing cards printed on the inside of the Queen of Hearts’ shoe, or that Mary Poppins’ umbrella handle was used as a shoe heel.

These ornaments will also be sold via the Disney Parks online store starting in early summer.

Which shoe ornament would you wear if it were a real shoe? Please share in the comments below.

Read on for more news about Disney Parks merchandise: