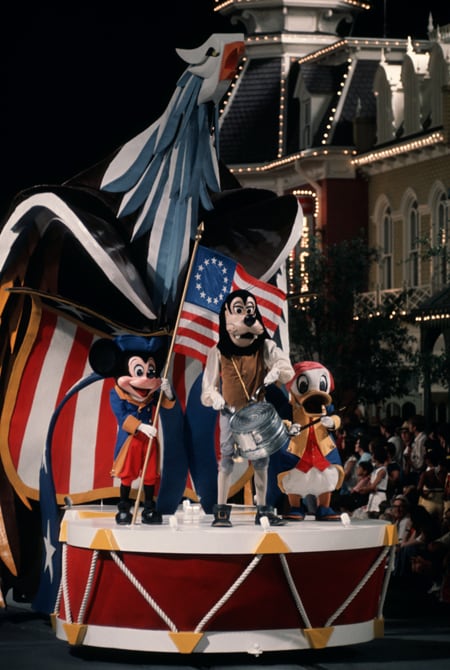 With the exciting announcement of the Disney Festival of Fantasy Parade coming to Magic Kingdom Park in 2014, I thought it’d be fun to revisit some of the parades that have traveled down Main Street, U.S.A., over the years.

America on Parade ran from June 1975 until September 1976 and celebrated the Nation’s bicentennial with a lot of red, white and blue. Below, Mickey, Goofy and Donald get in on the patriotic fun.

In October 1986, 15 Years of Magic started to roll down Main Street, U.S.A., celebrating the 15th anniversary of Walt Disney World Resort. Here we see Mickey and Minnie in their ’80s best joining in on the fun! In the summer of 1994, the Mickey Mania parade hit the streets celebrating the one and only Mickey Mouse. Check out the life-size Mickey gloves and ear hat. 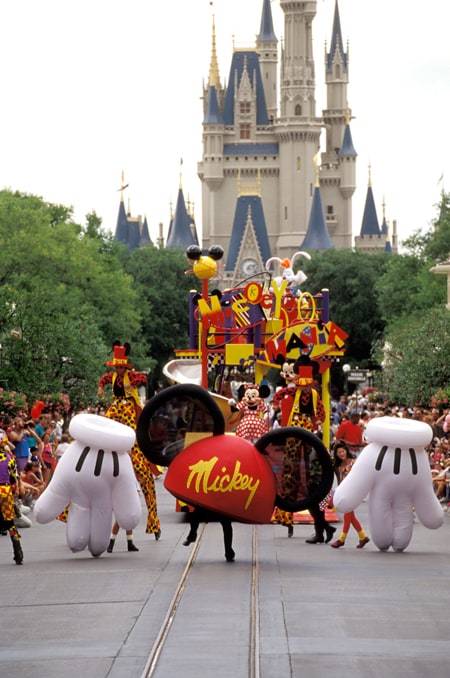 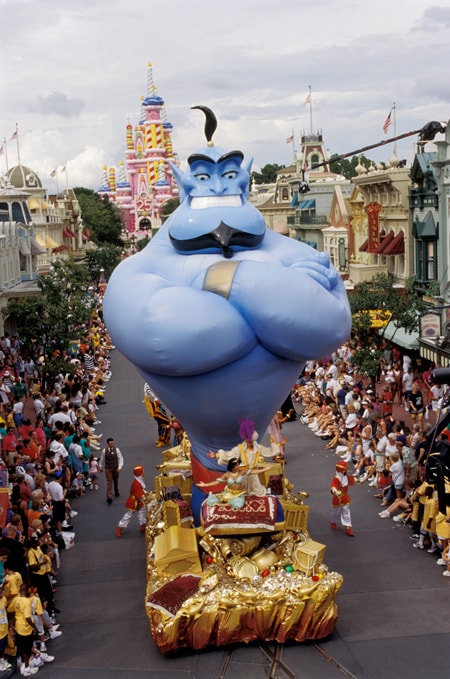 Part of Magic Kingdom Park since opening day, parades have and will continue to create memories for guests daily. What’s your favorite?