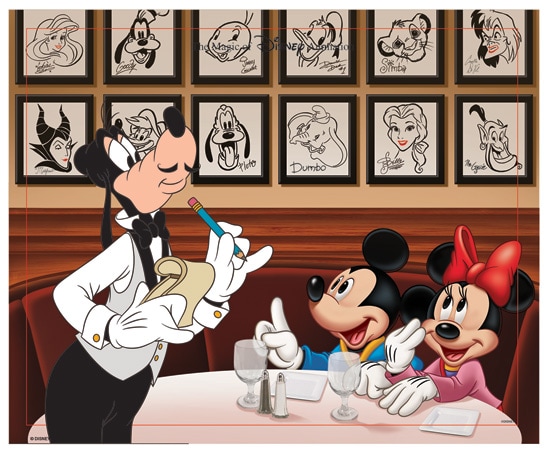 Summer will be here before you know it. So what will you do on your vacation? Well, if the Walt Disney World Resort is on your list for June, then here are a few merchandise special events you don’t want to miss.

June 3-6: Greg McCullough will be on hand for a special artist showcase at Uptown Jewelers in Magic Kingdom Park from 10 a.m.–12 p.m. and 2–6 p.m., each day. Learn more here. 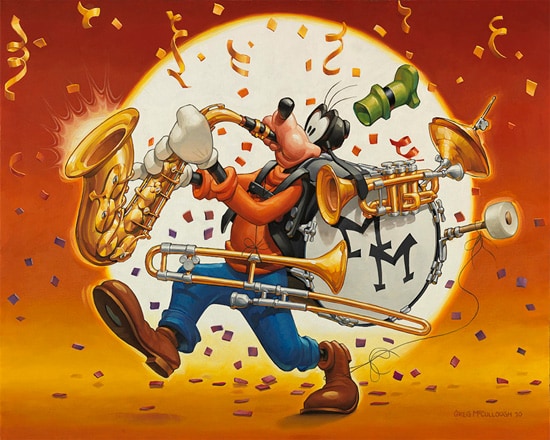 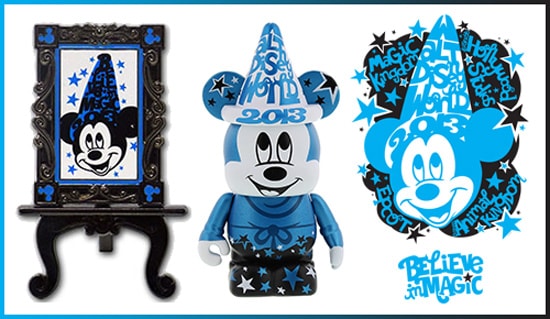 June 13-16: Be sure to stop in and say hello to Larry Dotson, who will be showcasing some of the newest releases in his collection at Art of Disney in Downtown Disney Marketplace. Not able to make it? That’s okay! Larry will also be appearing at Uptown Jewelers in Magic Kingdom Park, June 27–30. Learn more here.

June 14: It’s a “monstrous” job but someone’s got to do it. Meet Disney Design Group artist Ron Cohee, who will be on hand for a special appearance and signing of the new Monsters University Series 1 Vinylmation. Ron will appear at D Street in Downtown Disney West Side from 5–7 p.m. Learn more here.

June 15–16: Rev up those engines and make plans now to drive down to Car Masters Weekend at Downtown Disney West Side at the Walt Disney World Resort. Fellow author Steven Miller will have all the details on what you can expect to see, including details on a special signing with none other than Chip Foose, owner of Foose Design and star of TV’s “Overhaulin’.” Learn more here.

June 21: This one is a personal favorite, since I’m a huge fan of “Beauty and the Beast.” Make your way over to D Street in Downtown Disney West Side and pick up the new Vinylmation releases from the “Beauty and the Beast” series designed by Maria Clapsis and Caley Hicks. Join us for a special signing on the day of release from 5-7 p.m. Learn more here. June 22: If you are a fan of the limited edition Ink & Paint cels, then be sure to check this piece out. Hollywood & Dine is set to release on June 22 at Animation Gallery at Disney’s Hollywood Studios and features Mickey and Minnie Mouse as they enjoy a star-filled evening at Hollywood Brown Derby, accompanied by an exquisitely hand-painted Goofy, who is sure to serve up only the best. Hollywood & Dine will be available in a variety of formats. If you are unable to attend, don’t worry, Disney Events is taking pre-orders now through June 21. Call 407-827-7600. For those of you in the area, several of the Ink & Paint artists associated with this piece will be on hand for a special appearance and signing June 22 from 10 a.m.–1 p.m. and 2–5 p.m. at Animation Gallery in Disney’s Hollywood Studios. Learn more here.

June 27–July 3: Art of Disney in the Downtown Disney Marketplace is pleased to welcome David Doss, who will be on hand to showcase some of his most recent releases. Learn more here.

June 28–July 7: Precious Moments doll maker Linda Rick will be on hand for special appearances at Uptown Jewelers in Magic Kingdom Park as we celebrate the release of her new collection. Learn more here.

Have you already attended Star Wars Weekends at Disney Hollywood Studios? Or have you signed up for the 13 Reflections of Evil Trading Event? If not, there’s still time. Don’t miss out! Look for details on all of these events and more on www.ArtofDisneyParks.com.