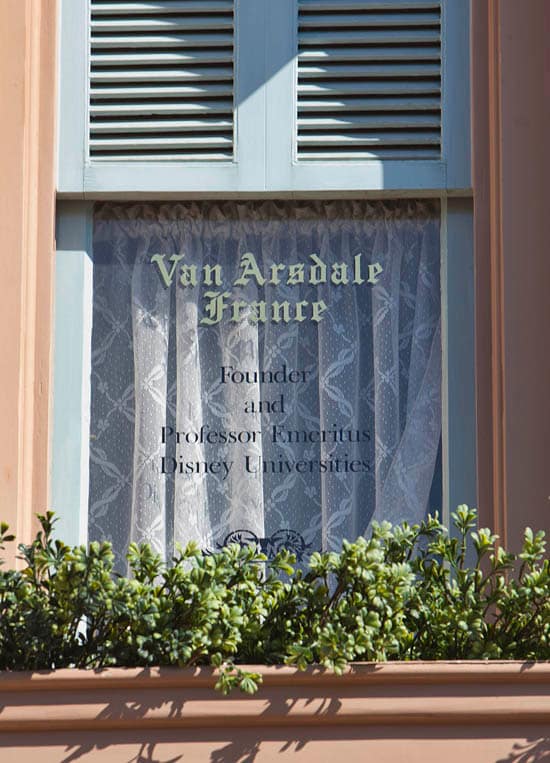 Walt Disney is known as an exceptional storyteller, a great innovator and a visionary. He was also a brilliant team builder because he knew the importance of assembling the right talents and personalities to achieve success whether in film, television and even at Disneyland. In his famous quote, “You can dream, create, design, and build the most wonderful place in the world, but it requires people to make the dream a reality,” Walt acknowledges that Disney cast members are the Walt Disney Company’s most valuable asset.

In March 1955, as Walt was preparing for the opening of Disneyland park, he hired Van Arsdale France to undertake the daunting task of training the staff to bring his vision of hospitality to life. As founder of the University of Disneyland training center, today called The Disney University, Van helped promote Walt Disney’s guest service philosophies, teaching cast members to be Ambassadors of Happiness and creating happiness for others.

In his own unique way, Van trained cast members to smile and treat every visitor as a very important guest. Van’s progressive concepts in guest service have been widely recognized and often imitated in the service industry. The Disney University, as well as many of the innovative training programs created by him, is still in existence today. The training handbooks he authored, which feature themes such as “You’re an Ambassador of Happiness” and “You’re Here Because You Care,” have provided a foundation for training new Disney cast members around the globe.

While forever known as the Founder and Professor Emeritus of Disney University, Van went on to perform many roles at Disneyland, including area manager of Tomorrowland, organizational chairman of the Disneyland Recreation Club, and coordinator of the first Disneyland cast member magazine, Backstage Disneyland.

Van retired in 1978 and became a special consultant at Disneyland. He authored “Old Dogs Can Learn New Tricks,” a career guide for senior working adults, as well as his autobiography, “Window On Main Street: 35 Years of Creating Happiness at Disneyland Park.” He was also a speaker about Disneyland history at conventions around the country.

Van was honored with a window on Main Street, U.S.A., on April 26, 1985. Known as a smoker, his window is located above the former Disneyland Tobacco Shop, which today is the 20th Century Music Shop. Van was named a Disney Legend in 1994.