A Look Back: Walt Disney’s Enchanted Tiki Room Debuts 50 Years Ago This Week at Disneyland Park

When Walt Disney debuted his Enchanted Tiki Room at Disneyland park in 1963, it was a major milestone in the development of Audio-Animatronic technology. Some time earlier, Walt discovered a 19th century mechanical singing bird in a New Orleans shop while traveling on vacation. He began to think about animation, not just as a film medium, but as a way to bring characters to life at the Disneyland Resort.

As we now know, the singing birds and flowers were just the beginning – but what a beginning it was.

These pictures of Walt with Jose are well-recognized from that day and the color photo has actually become one of the most enduring images of Walt Disney. 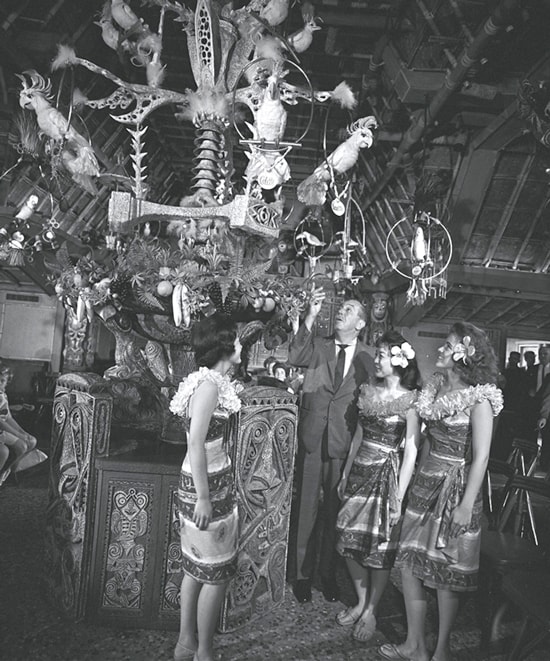 Then there are the hidden treasures we occasionally come across, like this one – taken the same day as the others, yet seemingly forgotten, until now.

Inside the Tiki Room today, it’s easy to imagine Walt standing there, maybe even singing along (so low we can’t hear him), enjoying his timeless show. In all of these photos, Walt’s pride and happiness comes shining through, instantly bridging the 50 years since that landmark day.