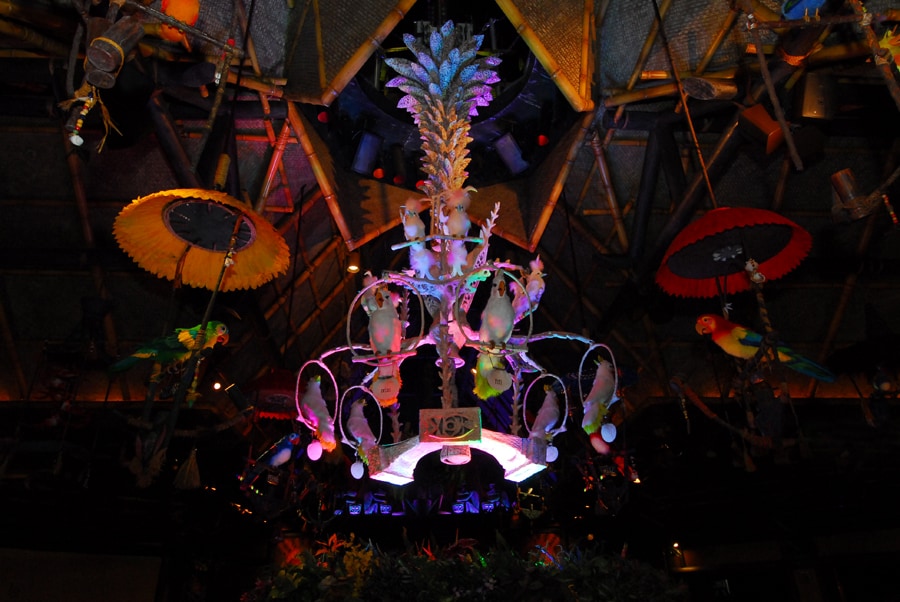 George’s delightful post about the anniversary of Walt Disney’s original Enchanted Tiki Room at Disneyland park inspired us to give a shout out to the fans who “sing like the birdies sing” here in sunny Florida!

The attraction at Disneyland park was the very first to feature Audio-Animatronics characters—over 150 of them! When Walt Disney World Resort opened its version, entitled “Tropical Serenade,” it also included the Sunshine Tree Terrace. Both were sponsored by the Florida Orange Growers, who teamed with the Walt Disney Studios for a national promotion. One of the benefits of this project was a Disneyland Storyteller record album with songs by the Oscar-winning Sherman Brothers. Both the advertising and the LP record featured the first Disney Character created especially for Walt Disney World Resort: Orange Bird.

Throngs of admirers turned out when our fine-fruited friend made his triumphant return appearance to the Sunshine Tree Terrace last year, a short time after The Enchanted Tiki Room also returned in a revised version of its original glory. 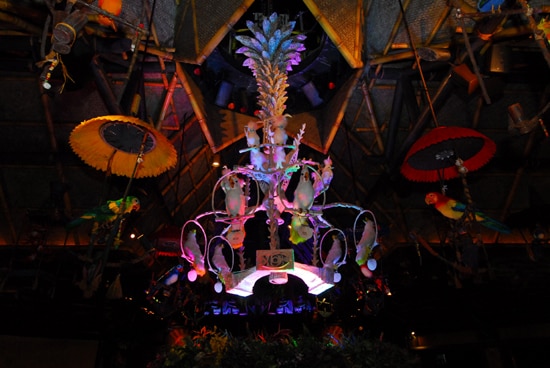 The songs in the present Magic Kingdom Park edition include the classic, ultra-catchy “Tiki-Tiki-Tiki-Tiki-Tiki Room,” also by the Shermans. Another is a pop hit from 1932 known as “Let’s All Sing Like the Birdies Sing.” The grand finale is “Hawaiian War Chant,” written in the 1860’s by Prince Leleiohoku and became a hit on records and movies when it was revised and reintroduced in 1936. Probably its most famous version is also the silliest one, by Spike Jones and His Slickers.

If some of the voices in The Enchanted Tiki Room sound familiar, they are. Thurl Ravenscroft plays Fritz, voice of one of the singing busts in the Haunted Mansion (look for the organ with his name in the interactive queue). He voiced, among hundreds of things, Tony the Tiger and sang “You’re a Mean One, Mr. Grinch.”

Another Tiki Room alumnus who sang in the Yogi feature is Ernie Newton, who voices Pierre in the attraction. And playing José and Michael are two Disney Legends from the beloved Disneyland park stage musical, Golden Horseshoe Revue: Wally Boag (the master comedian who mentored Steve Martin) and Fulton Burley, the celebrated Irish tenor.

I always get a kick out of the exit song, a parody of “Heigh-Ho” that basically tells us to go away in an entertaining way! My favorite line is “Don’t stop to look / Or read a book!”