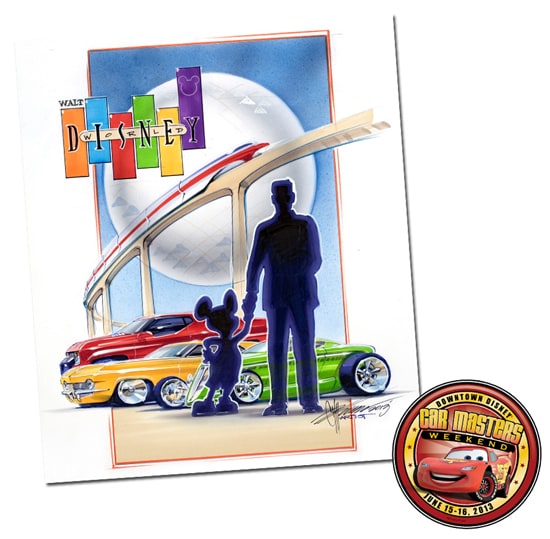 I’m excited to share that legendary car designer and builder, Chip Foose, is returning to Car Masters Weekend this year at Downtown Disney on June 15-16. The event is dedicated to all things automotive, including Disney•Pixar’s “Cars” and a dynamic car show featuring over 150 vehicles. I recall attending last year’s event with my fiancé and son. I took many photos of some pretty classic cars (which is probably about as close as I’m going to get to owning one). For this year’s event, Chip created some original artwork featuring elements from Walt Disney World Resort done in his signature marker style. 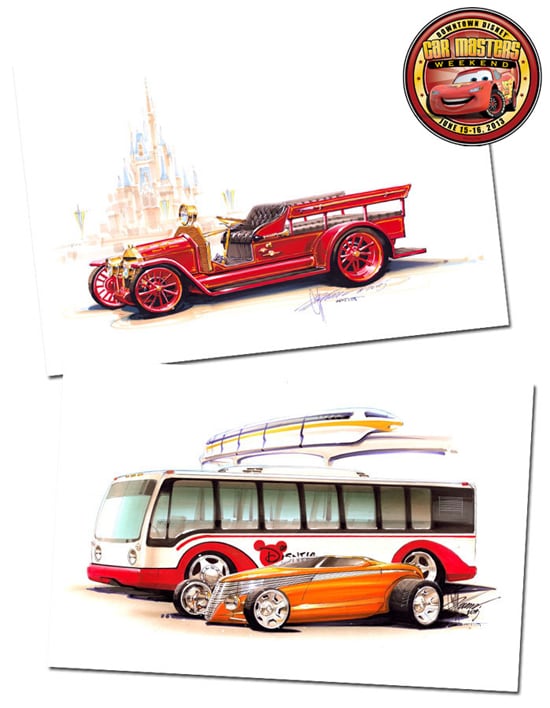 We will offer apparel, deluxe prints and even Chip’s original art featuring select images. The image of the fire engine in front of Cinderella Castle will be turned into a license plate and limited edition D-Tech On Demand cases for the iPhone 4/4S and iPhone 5 (there will be 25 cases for each iPhone model). 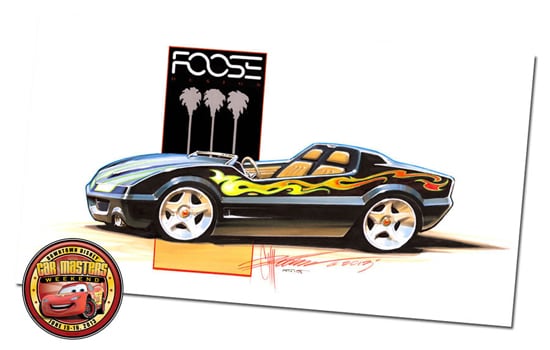 I think my favorite design is the Tomorrowland Speedway-inspired car shown above (now that would be an awesome car for “cruisin’” to work).

These items will be released at D-Street and at the Disney Truck Shop in Downtown Disney West Side. Chip will be making an appearance at D-Street on both Saturday and Sunday from 11:00 a.m. to 2:00 p.m. Guests who purchase one of Chip’s items will receive a wristband to meet him that day (queue will be formed starting at 10:30 a.m. in front of D-Street).