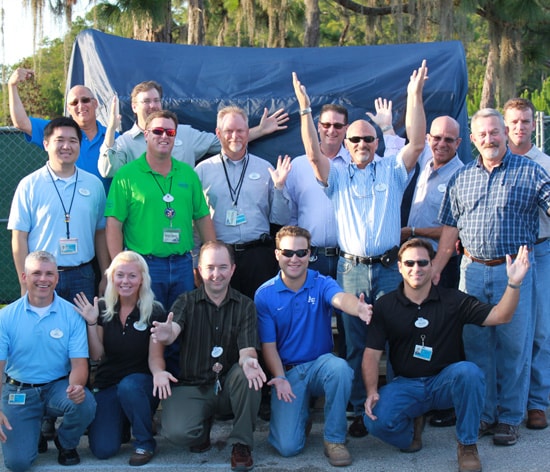 A key piece of an attraction coming to New Fantasyland at Magic Kingdom Park has arrived and it’s behind the blue tarp in the photo Walt Disney Imagineering shared with us this week. You’ve submitted some wonderful guesses and tomorrow we’ll reveal the answer – and a new photo! Be sure and check back here on the Disney Parks Blog.

And we celebrated this month’s three-year anniversary of “World of Color” with a glimpse of the show from a whole new, multi-colored perspective.

Celebrate Summer Vacation with New Attire from Disney Parks – Take a look at the new shirts available to help celebrate your summer vacation at Disney Parks.