Game On! Check Out the Wii U Tour at Downtown Disney Marketplace Through June 23

I may not look like much of a gamer, but in the late 80s, in between bike rides and multiplication homework, you could often find me playing Super Mario Bros. on my (original) Nintendo Entertainment System. (Honestly, I’ll never forget the first time I rescued Princess Peach!) 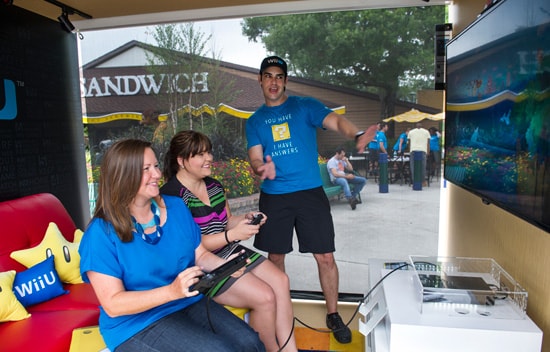 You can imagine my delight when I found out that Nintendo was coming to the Downtown Disney Marketplace to showcase their newest Wii U console and give guests the chance to test out some of their most popular games. 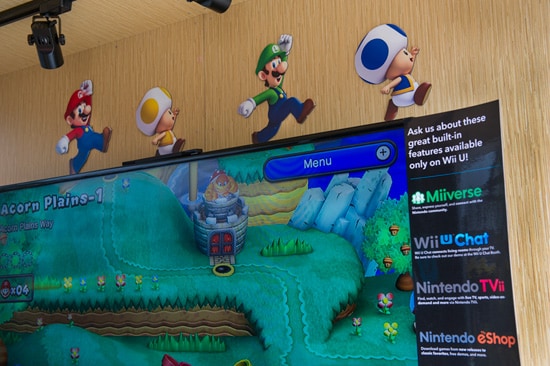 I had the chance to check out one of the living rooms currently set up outside of Once Upon a Toy. I loved playing New Super Mario Bros.and Nintendo Land, but my favorite part was posing for photos with props from some of Nintendo’s best-known franchises. (Mario? Yes, please!).

The tents for our event have just gone up, so you’re getting a first look at what’s in store. Looks awesome, right?

I think this offering will rack up big points! Hopefully, I’ll see you out there between now and June 23. If so, which Wii U title are you most excited to play?

Likes (0)
Share Game On! Check Out the Wii U Tour at Downtown Disney Marketplace Through June 23