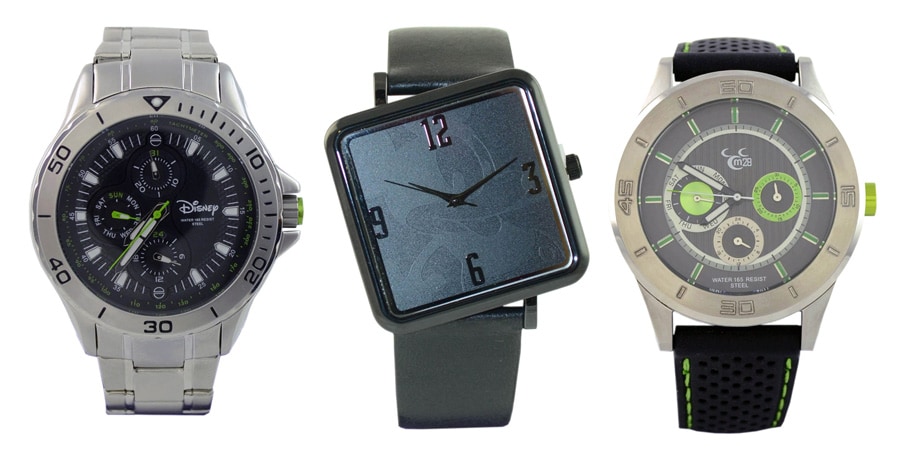 Making Time for Dad This Father’s Day at Disney Parks 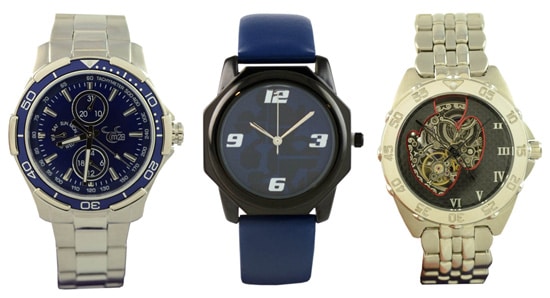 A few weeks ago, I turned the spotlight on timepieces for Mother’s Day. With Father’s Day only a few days away, it’s now time (pun intended) to focus on timepieces for Dad. Here are a few of my favorite watches released this spring at Disney Parks. 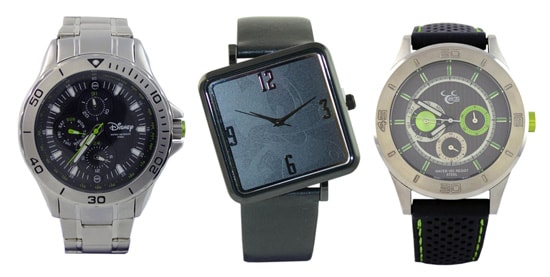 There is a variety of styles available for dads including some classic silver toned watches that have subtle Disney hints. I liked the blue watch with a pop art-style Mickey Mouse (mostly because blue is my favorite color). I also like the slightly tilted square watch featuring Mickey Mouse. I guess I have a thing for contemporary designs. 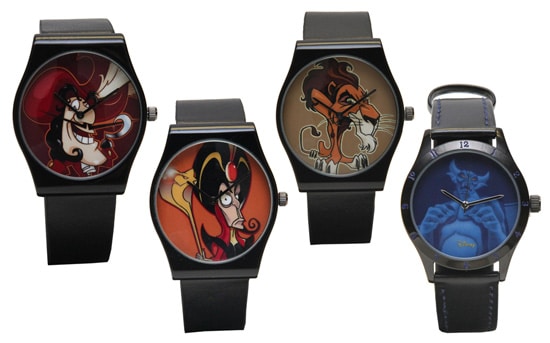 I was particularly excited to see Disney Design Group artist Darren Wilson’s artwork used for Disney Villains watches of Jafar, Captain Hook and Scar. There is also a new Chernabog watch that was designed by long time Disney Design Group Artist Mark Seppala. I asked Darren about his unique designs.

“A few years ago, I created an image of Maleficent using a caricature or anime style as I thought it would be something different for merchandise,” explained Darren. “In 2006, the pin team released a limited edition, jumbo-sized pin using the artwork which was titled ‘Big Head Villain Roundup.’ I was happy to see the artwork featured again this spring on watches.” 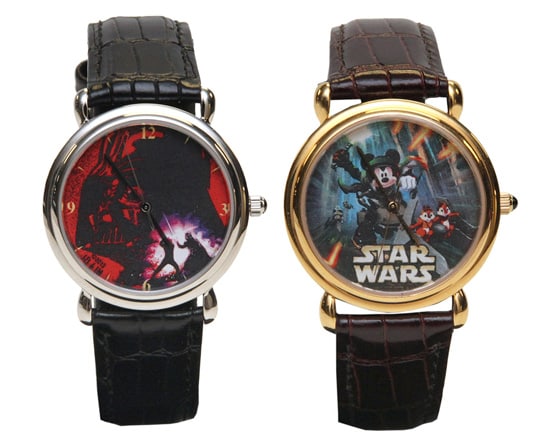 Finally, there are two more watches that have a Star Wars theme. They were introduced at Star Wars Weekends a few weeks ago at Disney’s Hollywood Studios (at time of press, only a handful remain). On June 10, we will release some additional quantities of these designs at Art of Disney in Downtown Disney Marketplace and at Uptown Jewelers on Main Street, U.S.A., in Magic Kingdom Park.