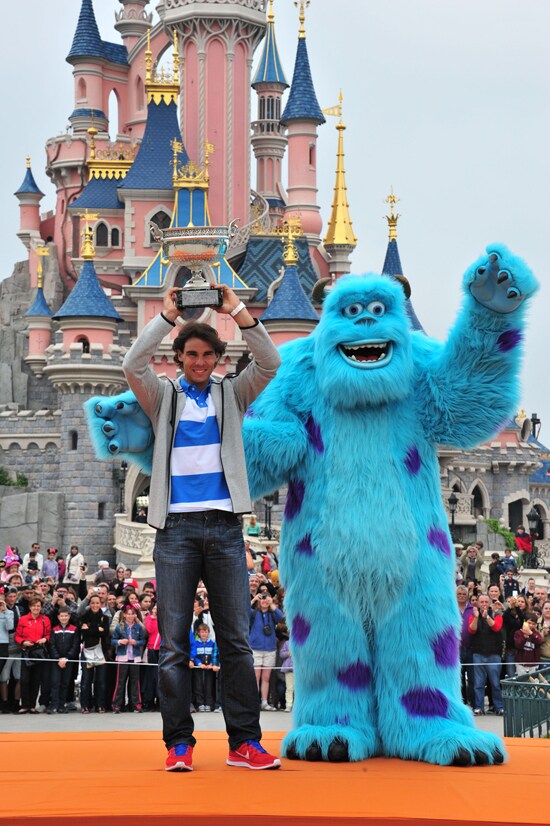 After winning his fourth straight and record eighth French Open on Sunday, tennis star Rafael Nadal is off to a “monstrous” start to the summer tennis season, so it’s fitting that he celebrated today at Disneyland Paris with Sulley from the soon-to-be-released Disney•Pixar blockbuster “Monsters University.”

Nadal spent Monday with his family at Disneyland Paris enjoying the attractions and interacting with various Disney characters, as well as posing with his trophy. He probably knew his way around the resort pretty well. After all, “Rafa” celebrated his French Open wins in 2011 and 2010 there, which are part of a streak of four straight French Opens victories for him.

So if he wins his fifth straight next year will he celebrate again at Disneyland Paris?

With the additional memories he created Monday with his family at Disneyland Paris, Nadal said before leaving the resort that he isn’t thinking about next year’s French Open at the moment, but rather is already turning his focus toward tennis’ next major event – Wimbledon, which starts in a couple of weeks. If he wins that one, too, this really will be a monstrous summer for him.