I recently shared with you some new merchandise coming to Disney Parks this summer. One item that caught the eyes of many was a Sulley-inspired outfit for Duffy the Disney Bear. I saw the outfit at World of Disney in California during my coast-to-coast expedition for the Monstrous Summer All-Night Party (which means Walt Disney World Resort should receive it soon). I spoke with Disney Design Group artist Monty Maldovan about a few more Duffy items arriving this summer.

“We have new outfits for the 17-inch bear and some new 12-inch pre-dressed bears,” explained Monty. “For some items, we worked closely with our friends at the Disney Store. They recently introduced Duffy the Disney Bear to their assortment, so we will introduce some of their development to Disney Parks this summer. It’s also been fun designing new Duffy items that were inspired directly by things at Disney Parks.” 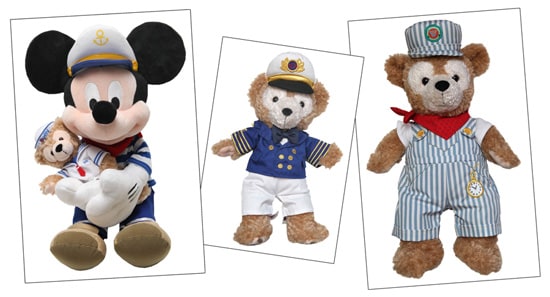 The Mickey Mouse plush holding a smaller Duffy was created for the Disney Store, while the 12-inch pre-dressed nautical bear was created specifically for Disney Cruise Line. 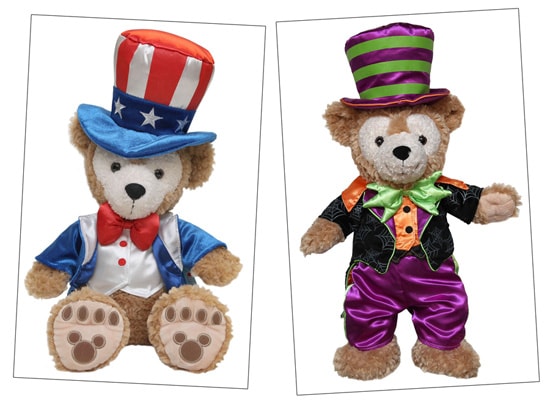 You can find select Duffy the Disney Bear items available on our Disney Parks online store.

Which new Duffy item is your favorite?