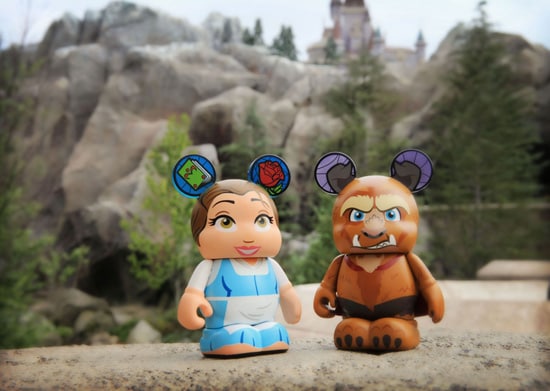 The Vinylmation series featuring “Beauty and the Beast” is set for release on June 21 at Disney Parks and the Disney Parks online store. I recently spent time in New Fantasyland in Magic Kingdom Park at Walt Disney World Resort with some of the 3-inch figures (what a great backdrop for photos!). Upon returning to the office, I spoke with the Disney artists, Caley Hicks and Maria Clapsis, who designed this beautiful new series. While gathered in Caley’s office, I learned that both Maria and she are long-time fans of this classic Disney animated film. 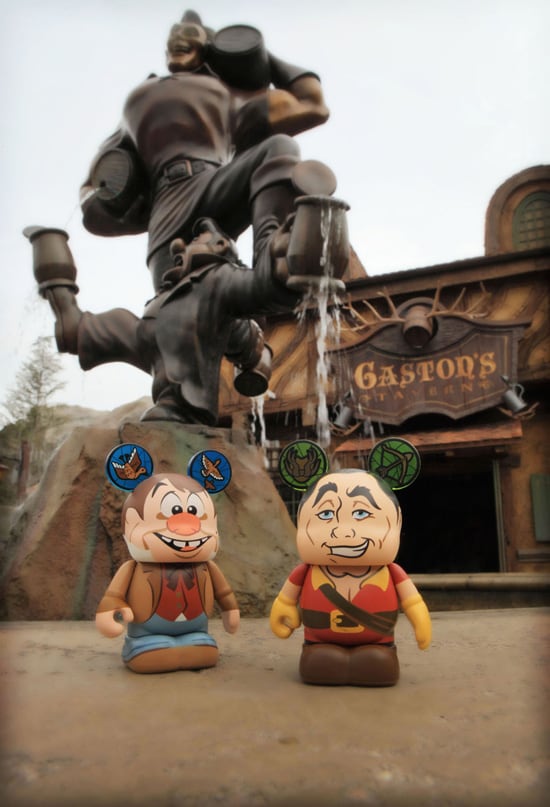 “When lead Vinylmation artist Thomas Scott gave us this project, we jumped at the opportunity, as we’ve both loved the film for years,” explained Caley. “Stained glass became a common theme for this series. At first, I knew I wanted to use stained glass-like designs for the packaging. We ended up adding that element to the figures’ ears. This tied the whole collection together from a storytelling perspective.” 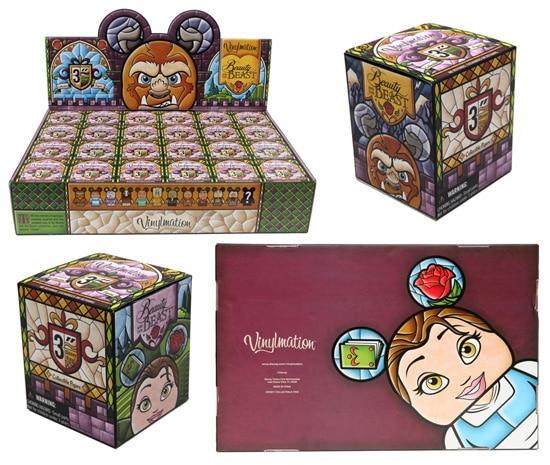 Like previous limited release mystery series, this set contains 11 known figures and one mystery chaser figure. There are some variant figures in the series as well. Guests can purchase this series either as individual mystery boxes or as a complete tray. I love the little details on the packing including Belle’s image on the underside of the tray.

I’m amazed at how vibrant the series looks. Maria said the series looks that way because they chose vivid base colors for the figures, which really made the designs pop.

Caley told me her favorite figure is Philippe the horse.

“I enjoyed including Philippe as he’s not often featured on merchandise,” continued Caley. “When I was younger, I would always save Philippe’s image as my last page to color in ‘Beauty and the Beast’ coloring books [laughs].”

While Maria also liked Philippe, the Beast is her favorite character.

“I think Beast was my favorite character,” said Maria. “When I first saw Glen Keane’s animation for the Beast on the big screen, I knew I wanted to be a Disney artist. I guess you could say the Beast was my inspiration for my career today.”

If you are in Florida on June 21, you can meet Caley and Maria at D Street in Downtown Disney West Side. They will be signing figures and meeting with fans from 5:00 p.m. to 7:00 p.m. They are encouraging guests to wear favorite “Beauty and the Beast” attire.