Mickey Mouse welcomed one of the world’s most famous athletes to Walt Disney World Resort this week. Kaká, a midfielder for the European soccer club Real Madrid, along with the Brazilian national team, dropped by ESPN Wide World of Sports to promote Disney Cup International. 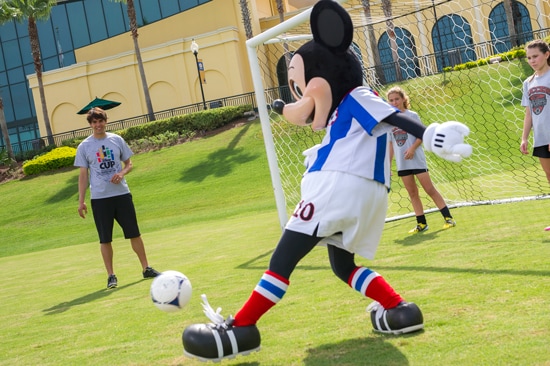 While at Disney’s world-class sports facility, Kaká gave a quick soccer lesson to Mickey and a couple of his youth soccer friends, demonstrating proper techniques for a penalty kick and corner kick.

In its 14th year at ESPN Wide World of Sports, the upcoming Disney Cup International presented by AS Roma, will be held July 15-20 and has attracted more than 200 teams from 19 countries. 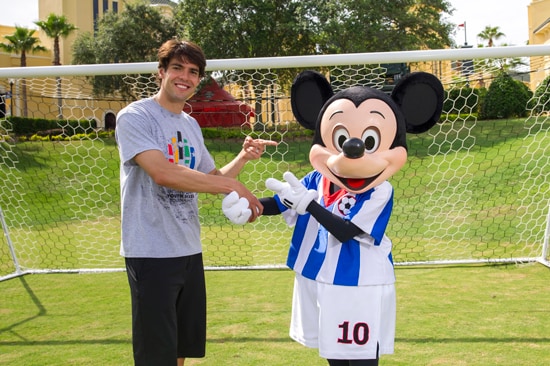 Off the field, Kaká boasts a monstrous social media presence. He was the first athlete to surpass 10 million followers on Twitter – now at more than 15 million – along with millions more fans on Facebook and Instagram.

To see a couple highlights from his visit, check out the video below that was produced by my fellow Disney Parks Blog author, Bob Hitchcock.