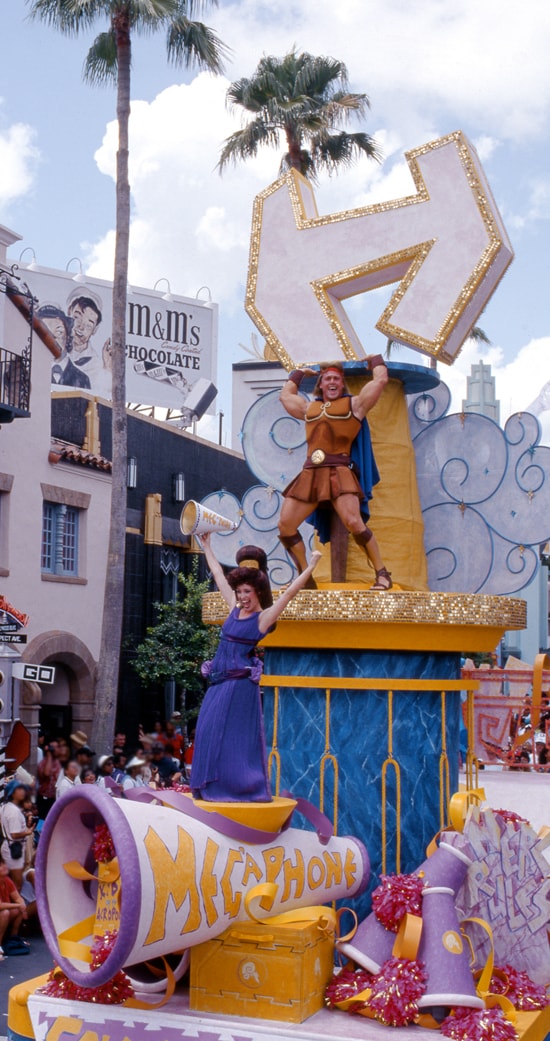 When the Hercules – Zero to Hero Victory Parade rolled into Disney’s Hollywood Studios today back in 1997, it once and for all answered the question, “Who put the ‘glad’ in ‘gladiator’?” – it’s Hercules.

This 14-minute cavalcade celebrated Walt Disney Pictures’ 35th animated movie by taking guests back to the Big Olive in Greece where the townsfolk rally around Hercules after his triumph over the Hydra. 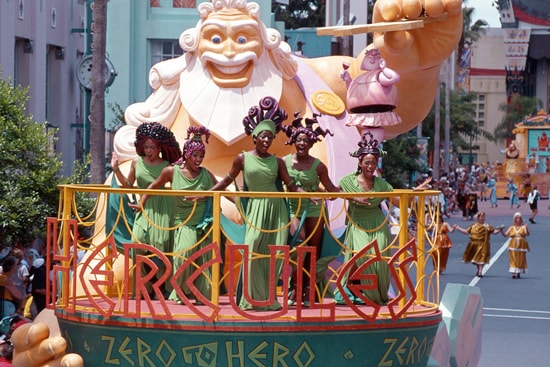 Hercules’ trainer Phil joins in the fun with a float sponsored by the Athens Athletic Union, and even that devious God of the Underworld, Hades, makes an appearance.

Forever the hero, Hercules is the perfect package that “packs a pair of pretty pecs.” Reminding me to go hit the gym. Immediately.

See the posts below for more vintage stories from around Disney Parks: