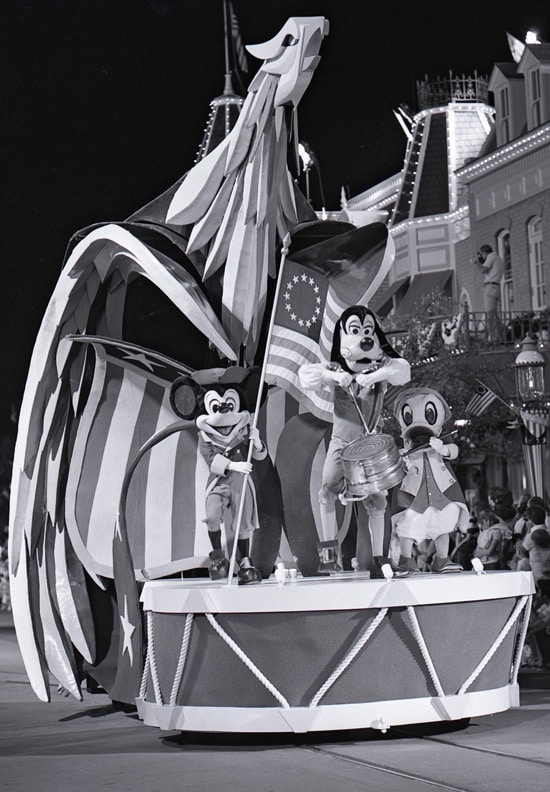 Today, back in 1975, America on Parade took to the streets of Magic Kingdom Park, saluting the bicentennial of the United States of America.

Larger-than-life, doll-like characters measuring nearly eight feet in height, called “People of America,” were developed specifically for the parade. Floats throughout America on Parade represented historical, cultural and scientific achievements throughout the first 200 years of our nation.

Viewed by an estimated 25 million guests on both coasts, this parade was performed 668 times at Magic Kingdom Park and 678 at Disneyland park and marked the first time the two parks worked jointly on a production that would appear simultaneously in both parks. 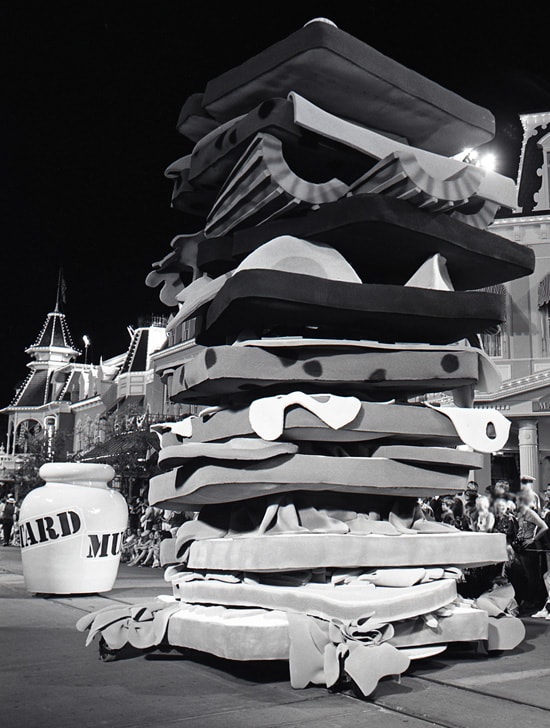 I think the above sandwich is most likely a salute to the American appetite. Gigantic!

Check out more “Vintage Walt Disney World” in these posts: