Tokyo Disneyland just announced that a new version Jungle Cruise will debut at the park in fall 2014. 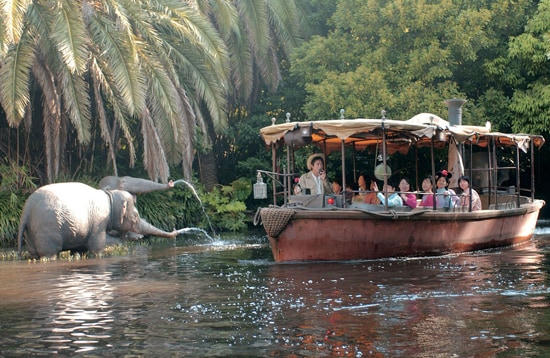 The current version of the attraction, which has been popular with fans since the park opened in 1983, is very similar to the Walt Disney World Resort and Disneyland park attractions, as it takes guests on an adventurous cruise through the jungle led by a comical skipper. In the next version, the Jungle Cruise skipper will have a startling encounter with an animal spirit guardian in the ruins of a lost jungle temple. It will also feature a new soundtrack and special effects – and for the first time at any Jungle Cruise attraction – a permanent after-dark “night-cruise” version that will offer guests a unique take on the jungle adventure.

What do you think? Would you love to see this for yourself? Tell us in the “Comments” section below.