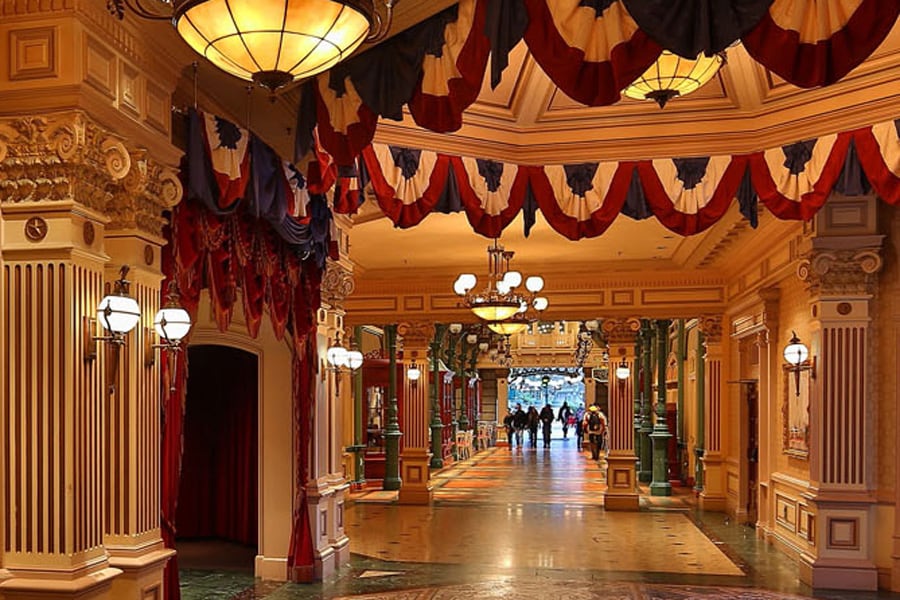 Here in the United States, Independence Day may have passed, but the patriotic festivities are still going strong at Disneyland Paris for Bastille Day. Known as La Fête Nationale (The National Celebration) or Le quatorze juillet (the 14th of July), the holiday celebrates the forming of the French Republic.

Beyond these celebrations of great moments in history, France and the U.S. have long shared a special connection – one that’s reflected and honored at Disneyland Paris.

On Main Street, U.S.A., for example, you’ll find the Discovery Arcade and Liberty Arcade – beautiful structures that highlight imagination and innovation across the decades, including one of the most iconic monuments of the United States, the Statue of Liberty. Created by sculptor Frédéric-Auguste Bartholdi, the Statue of Liberty was a gift from the French to celebrate the centennial of American independence and the friendship between the two countries. Gustave Eiffel – who later designed and built the famous Eiffel Tower – was even involved in constructing the statue’s steel structure.

Disneyland Paris guests can also visit the Statue of Liberty Tableau, recreating the historic experience and excitement of shipboard passengers arriving in New York Harbor seeing the statue for the first time as a symbol of freedom, hope, and opportunity.

To celebrate Bastille Day, Disneyland Paris will light up the night sky with a fireworks show set to classic Parisian songs. It’s sure to be an amazing tribute and festive holiday salute! And check out the limited-edition pin we brought you earlier this month, as well as this French-inspired ensemble.