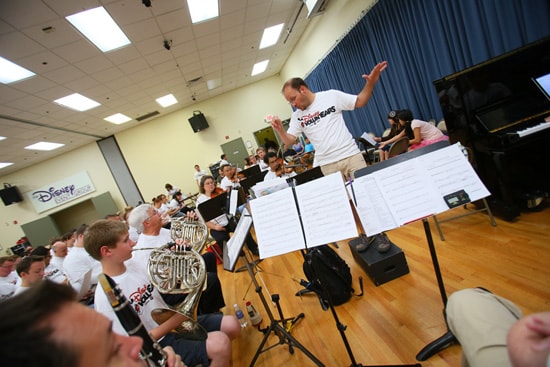 Although it’s not the weekend yet, I’m already excited about the special performance I’ll get to see at Disney’s Hollywood Studios. Produced by Encore! Cast Performing Arts, “The Art of the Possible – The Music of Andrew Lloyd Webber,” is a show like no other as it represents the commitment of more than 500 Walt Disney World Resort cast members who once a year produce a benefit performance for a charitable organization.

This year’s show will benefit A Gift For Music, a Central Florida nonprofit organization that provides free, stringed instruments and professional instruction for students in several public schools. Since 2002, Encore’s productions have donated more than $200,000 for charity!

The troupe is still in rehearsal until opening night this Friday, but they clearly have turned their common passion for music, into a passion for giving back. The talents of the Encore! Performing Arts group are certainly diverse. The group of volunteer singers, instrumentalists, dancers, actors, flag performers and support staff donate more than 50,000 hours annually to create, rehearse and produce each Encore! show, which is an incredible commitment.

Performances of “The Art of the Possible,” scheduled for July 19-20 & 25-28 at the Premiere Theater inside Disney’s Hollywood Studios, are open to the public. Tickets are available at www.encorecentral.org.

See you at the show!