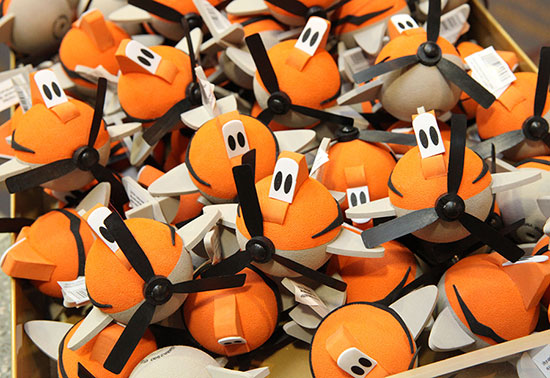 With Disney “Planes” flying into theaters on August 9, new themed merchandise has recently landed in select merchandise shops at Disney Parks. I recently visited Once Upon a Toy and World of Disney at Downtown Disney Marketplace to check out the new arrivals.

Like previous film releases such as Disney•Pixar’s “Brave” or Disney’s “Wreck-It Ralph,” the new merchandise is a combination of items from the national market (that is things you can find at your local Disney Store or online) and some unique development by Disney Theme Park Merchandise.

One of those unique items is the antenna topper shown above that resembles Dusty Crophopper. The souvenirs team told me this was one of the first times they included a propeller that actually spins on an antenna topper. 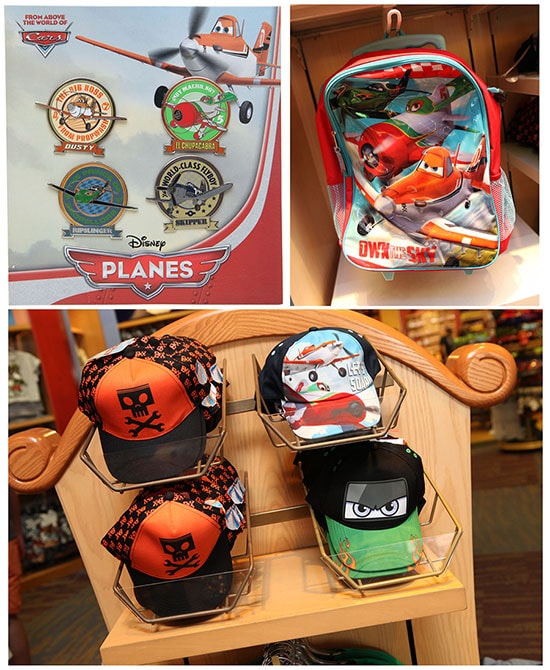 Another item created especially for Disney Parks is a four-pin set with characters from the animated feature. 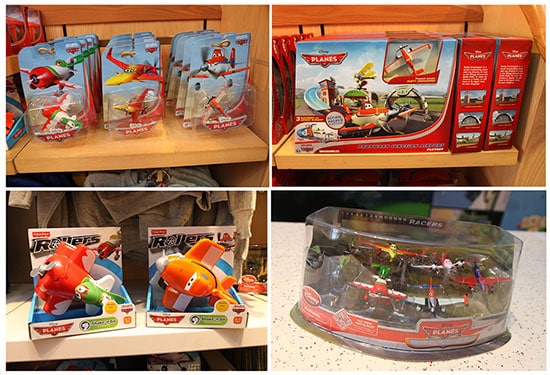 My inner child really would love playing with all of the new toys. I recall countless hours playing with die-cast cars and planes as a child. Fortunately, I have a son who is still at that playful age, and I’m sure he will want one of everything. Finally, there are new shirts and hats featuring characters and logos from the film.

Look for these items in multiple locations at Disneyland and Walt Disney World Resorts.

I recently attended an advanced screening of the film and it was great! I found myself laughing quite a bit throughout the show. I hope to see you at the movies on August 9.