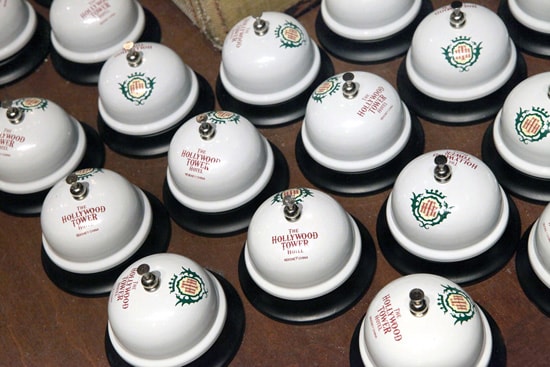 The Twilight Zone Tower of Terror attraction celebrates an anniversary on July 22, 2013. This classic Disney’s Hollywood Studios attraction opened at the end of Sunset Boulevard in 1994. Like my fellow author Jennifer Fickley-Baker, I love this attraction! I grew up watching the television show, and recently have been re-watching several key episodes with my son (I have the complete series on Blu-ray because I’m a super fan!). I still recall riding it for the first time with my sister in December 1994 (at the time there was only one drop, yet it still rocked my world). To commemorate this year’s anniversary, I “dropped” by Tower Hotel Gifts at the exit of the attraction for a look at the merchandise offered. 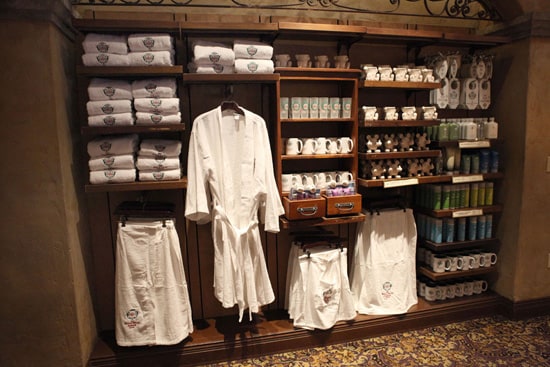 One thing I noticed during my visit is that many guests (including myself) love ringing the bells pictured at the top of this article. The bells have been a part of the shop for years (I recall my sister telling me about them when she worked there in 1999 as part of the Walt Disney World College Program). Their white, clean design complements a line of bathrobes, towels and other items you would expect to find in a hotel gift shop. 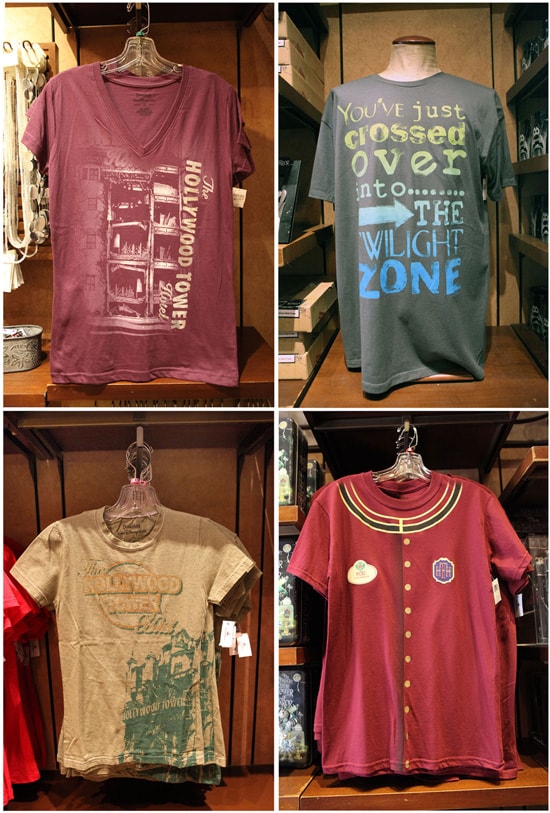 This location also offers shirts featuring the attraction with nods to the original television series. I particularly liked the bellhop shirt complete with a nametag, which pairs well with the bellhop hat with mouse ears.

There is also a line of character merchandise that features Mickey Mouse and friends experiencing the attraction. I thought the frame with Donald Duck, Mickey Mouse and Goofy was fun and, of course, I noticed the coffee mugs. The location also carries some action figures based on characters from the television series. 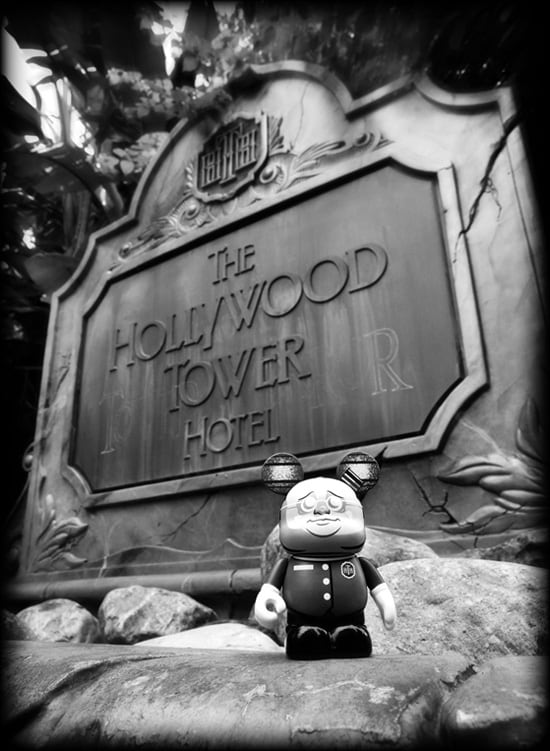 In May 2013, we introduced the second series for Vinylmation – Park Starz that prominently features a stylized bellhop inspired by the attraction. When the Vinylmation team heard I was writing this article, they wanted me to give you a sneak preview of a different bellhop figure from the upcoming Vinylmation Park 13 (coming to Disney Parks at a future date).

Please enjoy a few other photos from my visit.