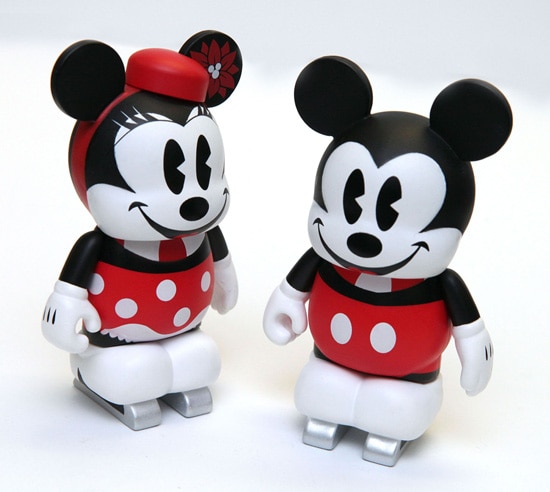 New Holiday Merchandise for 2013 on the Horizon at Disney Parks

I recently turned the holiday spotlight on new collectible ear hat ornaments that are now available at select locations in Disney Parks and via the Disney Parks online store. Since we are celebrating “Christmas in July” this week as part of “Limited Time Magic,” I thought I’d give you a sneak preview of some additional holiday merchandise coming later this year. 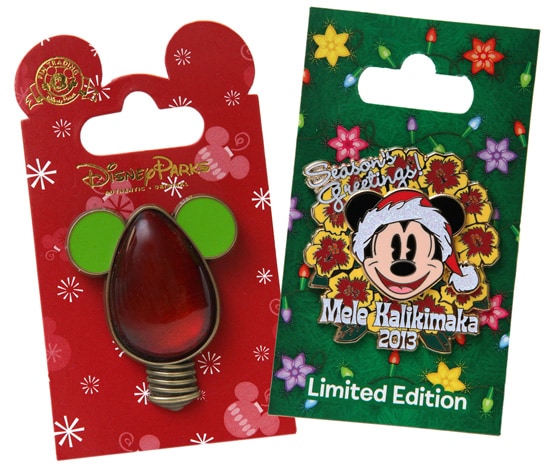 Pins have been a part of the holidays at Disney Parks for years. The two pins shown above are some of my favorites coming this season. The holiday light bulb with Mouse ears will be open edition, while the “Mele Kalikimaka” (a greeting I’m fond of using during the holidays) pin will have an edition size of 2,000. The softlines team shared a new youth shirt featuring Mike Wazowski from Disney•Pixar’s “Monsters, Inc.“, and a shirt for adults with Grumpy from Walt Disney’s “Snow White and the Seven Dwarfs.” The shirts will be released at both Walt Disney World Resort and Disneyland Resort. 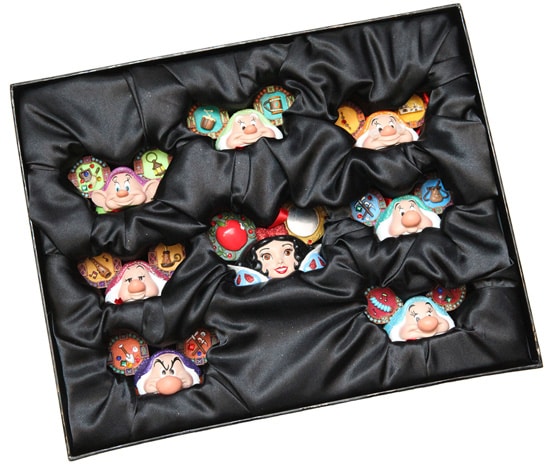 Speaking of the Dwarfs, a limited edition ear hat ornament is set arriving at select locations in August. This set is similar to the Main Street Electrical Parade set I showed you a few weeks ago. Designed by Disney Design Group artist Cody Reynolds, the set contains Snow White and seven smaller ornaments resembling the Dwarfs. Cody referenced the costumes the Dwarfs wear at Disney Parks, which are more vibrant, when designing these ornaments. The set will have an edition size of 600 and a retail of $175 (plus tax). Duffy the Disney Bear will also get a new costume this year. Designed for the 17-inch bear, the costume set will include the outfit pictured above and a smaller Mickey Mouse plush. The popular 9-inch sized bear introduced last year will also return this year.

Finally, I love the new two-figure Vinylmation set with ice skating Mickey and Minnie Mouse as designed by Maria Clapsis.

Which item will you be giving as a gift this year?