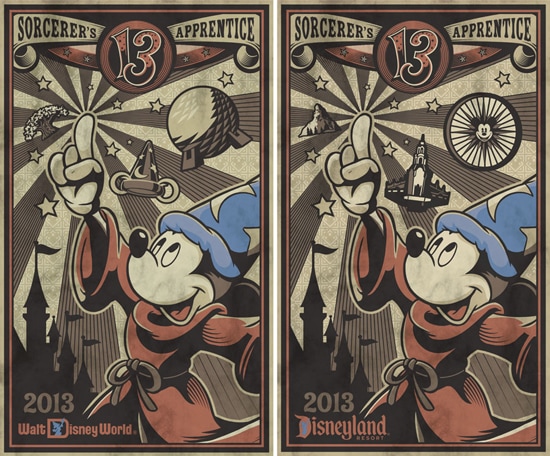 Spotlight on 2013 Posters for July, August and September from Disney Design Group

With the start of summer, I’m turning the spotlight on the next series of 2013 posters from the Disney Design Group. This talented art department of Disney Theme Park Merchandise created a series of posters for an oversized 2013 calendar (you can find the Walt Disney World Resort version on the Disney Parks online store). You may recall my previous articles featuring posters for January through March and April through June on the Disney Parks Blog. 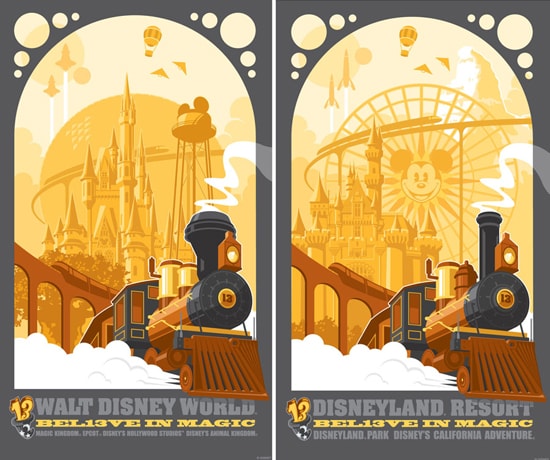 One of my favorite posters was designed by artist Jon Bishop for the month of August. I love how he incorporated the iconic Disney Railroad into a strong, retro-graphic scene (the colors are great!). I also enjoy the little details found in each poster such as rocket ships reaching for the sky. 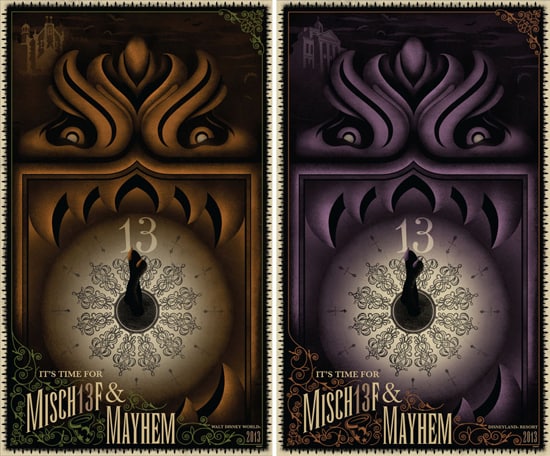 Graphic Designer Caley Hicks (of recent Disney’s “Beauty and the Beast” Vinylmation fame) created the incredible image for September. I asked her why she selected the grandfather clock from The Haunted Mansion for her poster.

“I love the Haunted Mansion and claimed it before any other artist could,” laughed Caley. “I like the connection between this year’s date and the clock striking 13. I thought the bold face would make for a captivating image. It was also a fitting choice, as September typically starts the Halloween season at Disney Parks.” 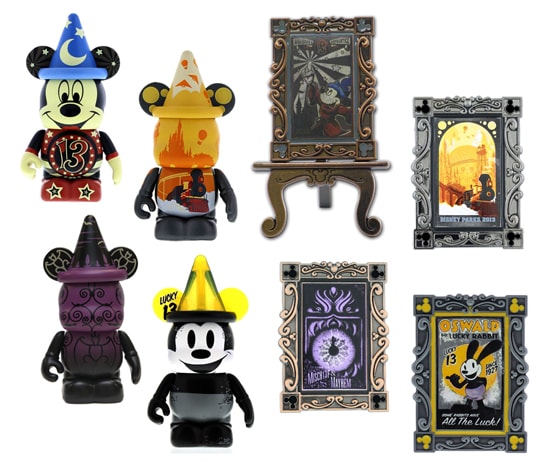 As for previous months, we created a series of Vinylmation figures and limited edition pins based on the designs. As an added bonus, an Oswald the Lucky Rabbit pin and Vinylmation figure will be released in September. The design was based on a poster created for December 2012 by Darren Wilson. There will also be D-Tech on Demand cases for iPhone 4/4s and iPhone 5 featuring the railroad and Oswald the Lucky Rabbit posters. Look for them at a future date at Disney Parks.

Finally, you can find other 2013 related items, including some giclées of previous month’s posters on the Disney Parks online store.