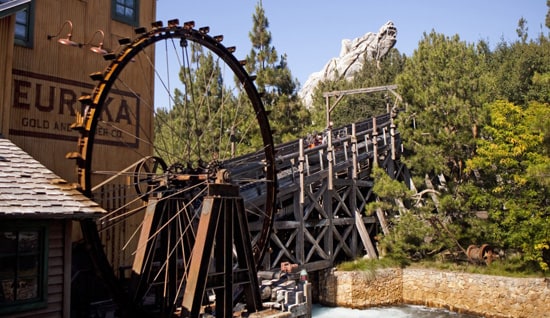 One of the most notable icons at Disney California Adventure park is the 110-foot Grizzly Peak. Many guests are familiar with Grizzly River Run, the white-water rafting adventure at the mountain’s base, but today I want to share with you a little bit of the magic behind the peak itself. The history of Grizzly Peak is a combination of lore and, of course, Disney imagination.

According to Walt Disney Imagineering, no one is quite sure when the first people arrived at Grizzly Peak; however, petroglyphs and rock paintings throughout the area suggest that these people believed that all living creatures were kin to humankind. It didn’t matter if you were four-legged or two-legged, everyone walked as brothers to teach each other lessons and offer guidance on their journeys. There was one animal that they held in particular esteem: the grizzly bear. These early people believed that the territory all around them reflected the bear’s personality – the mighty granite peaks, the tall, proud trees and the roaring waterfalls. 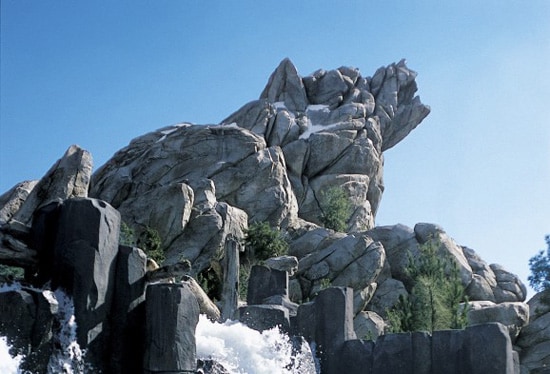 According to legend, long ago a coyote met a grizzly bear on top of the mountain. Because the grizzly was such a powerful creature, the coyote asked him to watch over and protect the land. One day, people came upon the mountain and tried to chase the grizzly bear down. Despite this charge, the bear held his ground. When the coyote saw that the bear was alone against the surrounding people, he turned the grizzly into stone so he could never be driven away. To this day, people claim they can hear the bear’s spirit in the wind when traveling through the caverns of Grizzly Peak.

Have you seen any of the rock paintings or perhaps heard the grizzly bear’s spirit while white-water rafting down Grizzly River Run?