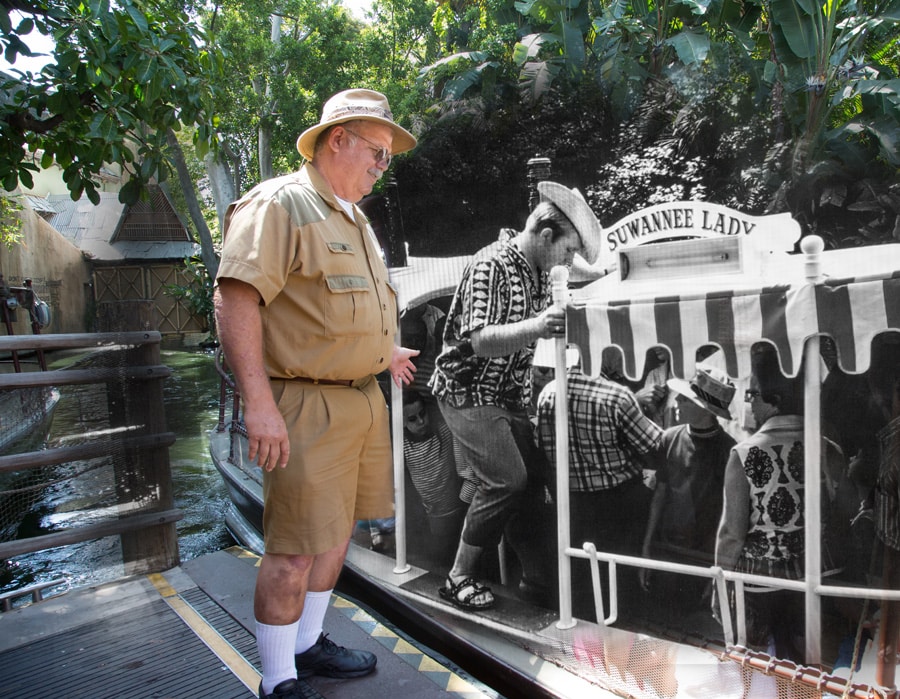 Then & Now: Celebrating 58 Years at the Disneyland Resort, Part 2

Continuing our three-part “Then & Now” series celebrating the 58th anniversary of the Disneyland Resort is this image of the Jungle Cruise. Then: A Jungle Cruise skipper unloads a boat in 1965.

Now: Jungle Cruise Skipper Randy Grant carries out the same duty. “I’m enough of a dreamer that I understand the concept Walt had for the park,” Randy said. “I think he would be pleased that the Disneyland Resort is still growing. It proves his idea and his dream correct, that this is a place where people can be a kid no matter what age they are.”

Destinations: Then & Now: Celebrating 58 Years at the Disneyland Resort, Part 2