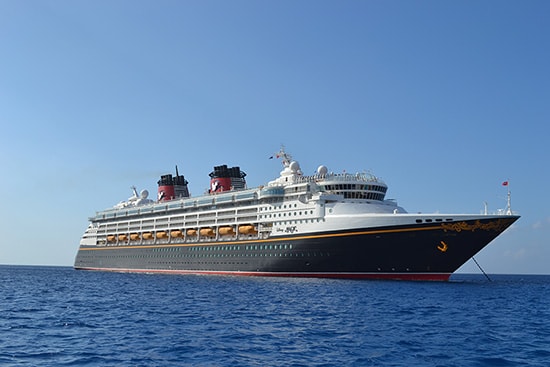 It’s hard to believe we’re just about nine weeks away from the relaunch of the Disney Magic! Right now the ship is finishing up another great summer in the Mediterranean and will sail next to Cadiz, Spain, for a dry dock transformation from September 7 to October 10.

Guests have the first chance to sail aboard the reimagined Disney Magic departing October 20 out of Miami on a special five-night voyage including two stops at Disney’s private island, Castaway Cay, and a stop at Nassau, Bahamas. This first cruise after dry dock sets the stage for a schedule of two-, three-, four- and five-night cruises from Miami to the Bahamas and Western Caribbean through the end of this year, before the ship begins departing from Port Canaveral, Florida.

Our friends at Spoonful.com are giving a family of four a chance to be one of the first to sail aboard the newly reimagined Disney Magic on October 27. Be sure to enter here.

Are you as excited as I am? Let me know when you’ll be sailing on the Disney Magic next!