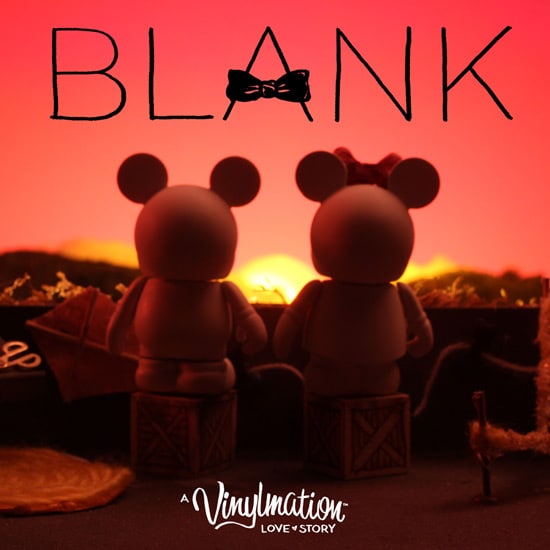 This November, Vinylmation will celebrate its fifth anniversary at Disney Parks. Over the years, I’ve shared many stories on the Disney Parks Blog about these collectible figures. This past spring, I was delighted to share how Vinylmation became the basis for a new Radio Disney award. Now, Vinylmation takes a bold leap forward with a brand new online story created our partners at Disney Interactive. The stop-motion series is called “Blank – A Vinylmation Love Story,” and I think it is one of the most exciting things I’ve seen in the past five years for Vinylmation. I invite you to take a look at the trailer for this online story to see what I mean:

I spoke with Matt Wyatt, director of creative for Disney Interactive Entertainment, about the creation of this online story.

“I’m part of a group called ‘Disney Online Originals,’” explained Matt. “My team creates extremely high quality short form digital stories. We did a few stop motion tests at our studio in Burbank, California, after the Vinylmation team at Disney Theme Park Merchandise sent us a box full of figures. We had not previously worked with stop motion, so it gave our team a chance to become familiarized with the process. We shot a pilot episode for the ‘Blank’ series as a creative experiment and showed it to a few individuals. They were impressed and loved the concept. We received the green light for a 12-episode linear series.”

The thing that impressed me the most about this new series is the level of detail. Matt explained that the entire series has a hand-crafted style.

“The vast majority of items we used were created by hand,” continued Matt. “Gino Roy is overseeing all of our prop creation. The props are handmade and the sets were painted by hand. We wanted viewers to feel like this was something that they could do.” 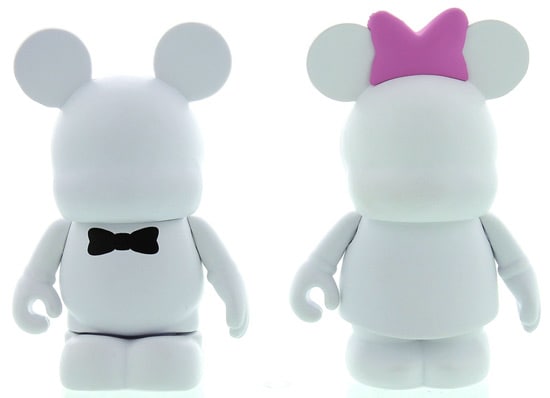 For fans attending the D23 Expo, the ultimate Disney fan experience in Anaheim, California, from August 9-11, we are releasing a limited edition two-figure set in the Dream Store. This set contains three-inch figures of Blank and Bow, two characters featured in the series.

I invite you to follow the entire series in the coming months by visiting http://www.Disney.com/Blank.