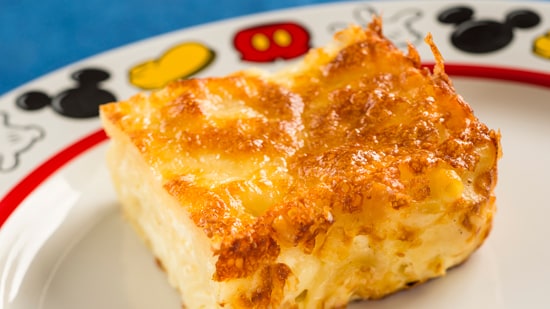 While Germany often gets a bad rap for “hearty” dishes (all those sausages and such), we crave a bratwurst, knockwurst or scoop of warm, vinegary potato salad from time to time. But in the spirit of healthful eating, Chef Wade Camerer at the Biergarten Restaurant in the Germany Pavilion at Epcot has brightened up the buffet with seasonal veggies, fruits and soups, and added new classics to the menu. 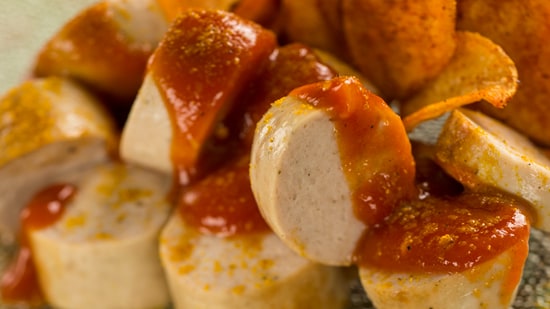 And beginning September 1, the quick-service Sommerfest gets some fun new tastes, too, including currywurst (sliced sausage topped with housemade curry ketchup) with freshly made paprika potato chips, and a grilled leberkaese (German meatloaf) Reuben with sauerkraut and Swiss. The nudel gratin (recipe below), also goes on the menu, a kid favorite. (All are on the Disney Dining Plan.)

Epcot Executive Chef Jens Dahlmann has been an inspiration, says Camerer. A native of Germany, Dahlmann’s tastebuds are the benchmark for authenticity – as well as a sous chef Hans Groeger, who keeps the kitchen true to its mission of giving guests a taste of Germany, as well as the young cultural representatives who are servers in the dining room. Everyone has an opinion, and Camerer listens. 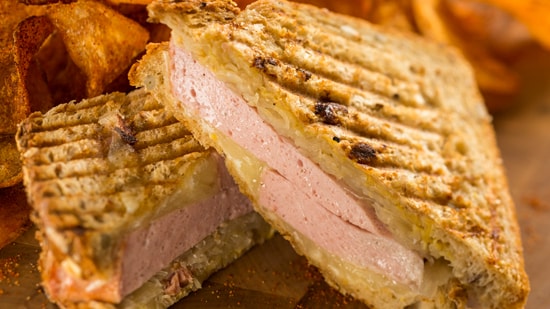 “Guests often think of German food as one style,” says Dahlmann. “We want to show the diversity of cuisine from Germany’s many regions.” From Bavaria’s leberkäse (meatloaf) with sweet mustard to sauerbraten (sweet-and-sour pot roast) and potato dumplings Rhineland style, the buffet tastes diners on a trip through the country.

We loved the summery asparagus soup on the buffet – for fall it might be mushroom bisque, says Camerer. And veggies will switch to carrots, parsnips, Swiss chard, and he’s adding a cheese course with German cheeses and pretzel bread croutons (perfect with a tall German beer). Camerer also added a host of smoked meats to the buffet, including smoke hams and liverwurst. 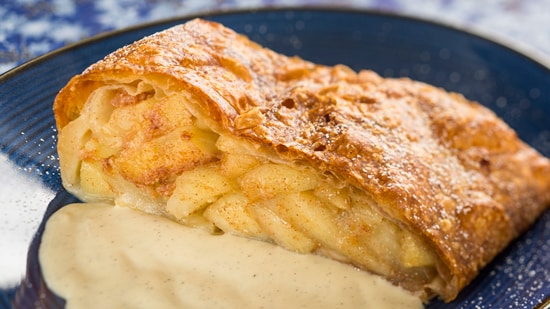 Guests may not always note the attention to detail, and it is little touches, like pickles imported from Germany and apple strudel made from scratch daily, that make the Biergarten a genuine experience.

For youngsters who love mac ‘n cheese, the new noodle gratin is a more upscale version with Swiss and Cheddar and a pinch of nutmeg. And Dahlmann requested his childhood favorite, chicken fricassee, be added to the lineup, a true comfort food with chicken, mushrooms and peas in a creamy sauce served over rice. 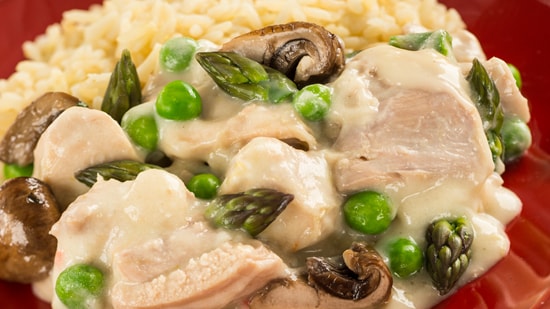 The charming German “oompa” band in lederhosen and dirndl makes it feel like Oktoberfest year-round – don’t be shy, there’s a dance floor to work off calories.