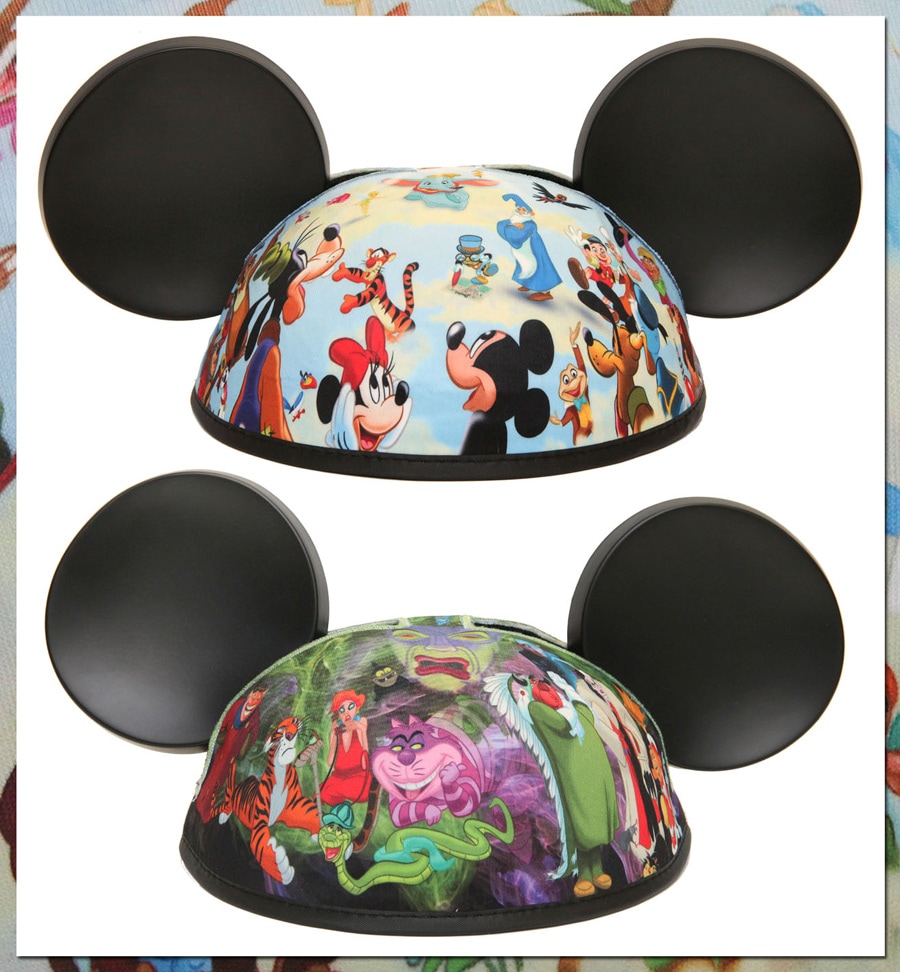 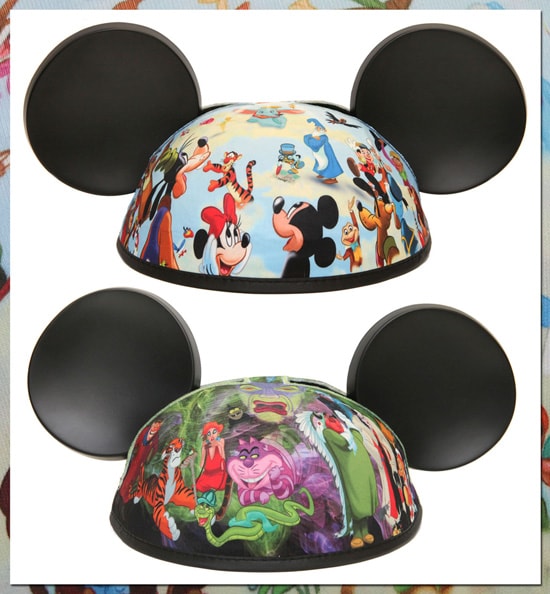 I think nearly everyone has a favorite Disney hero and villain. Donald Duck is my favorite hero while Hades from Disney’s ‘Hercules’ my favorite animated villain (not surprisingly, Tron and the Master Control Program represent my favorite Disney film characters). This week as part of our continued Year of the Ear celebration, we are introducing a new hero and villain-themed Cover Your Ears base for “Limited Time Magic.” This reversible wrap was designed by long-time Disney Design Group artist Mark Seppala. I spoke with Mark about the creation of this new character-infused item.

“A few years ago my fellow artist Brian Blackmore and I worked on a project that featured heroes and villains,” explained Mark. “I pulled character elements from that project for this hat as I thought it would be a neat concept. I’m happy with the final version as the colors and printing really pop! I’m partial to the villain side and included as many characters as I possibly could. There are approximately 34 villains and 61 heroes represented on this base. Now that’s a hat with a lot of character [laughs].” 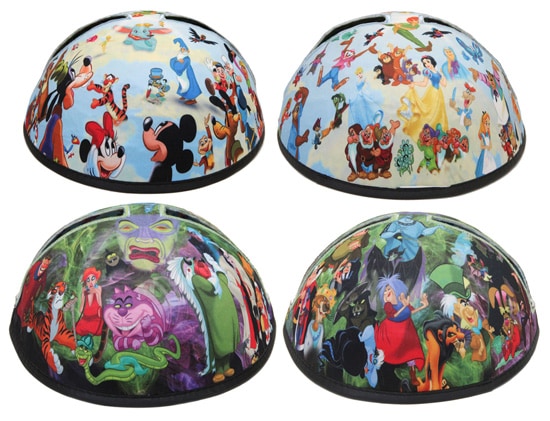 You may recall we first introduced Cover Your Ears during the 30th Anniversary of Epcot celebration last fall (one was also featured for the opening of New Fantasyland). This wrap slips right over your everyday Mickey Mouse black ear hat. The image above shows the front and back of the reversible base.

Look for this item in Fantasyland Mad Hatter at the Disneyland park at the Disneyland Resort and Chapeau Hat Shoppe in Magic Kingdom Park at the Walt Disney World Resort. Please note that a limited number of the reversible covers will be available, while supplies last.

Who is your favorite Disney hero or villain? Please share in the comments below.