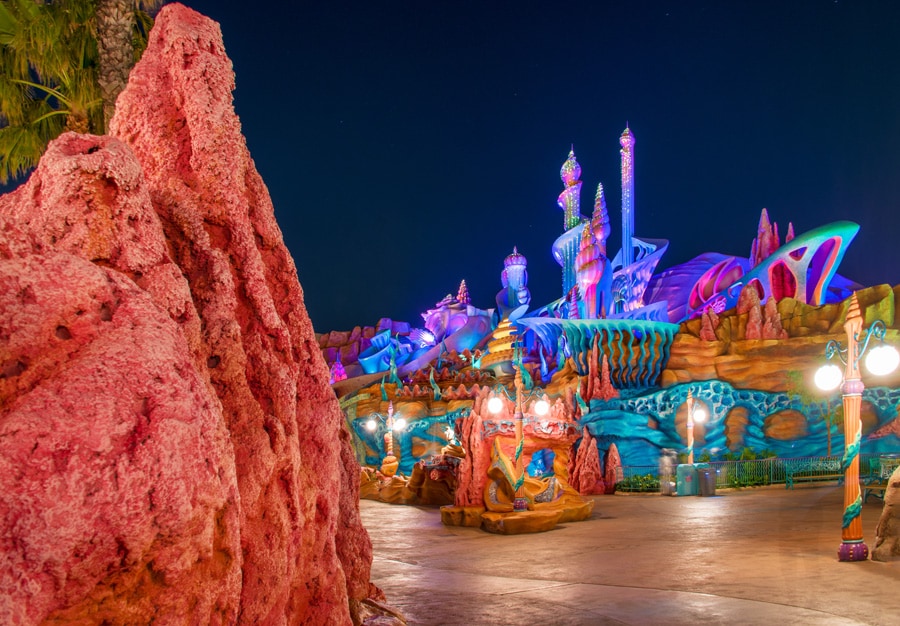 Disney Parks After Dark: Mermaid Lagoon Lights Up the Night at Tokyo DisneySea

Tonight’s “After Dark” photo comes all the way from Tokyo DisneySea. This colorful shot offers a look into Mermaid Lagoon, one of the seven lands at the park.

The look of this “under the sea” land was inspired by Triton’s kingdom in the film “The Little Mermaid.” Attractions that appear in this area include Ariel’s Playground, Blowfish Balloon Race, Flounder’s Flying Fish Coaster, Jumpin’ Jellyfish and Scuttle’s Scooters. The Mermaid Lagoon Theater also features the show “Under the Sea.” 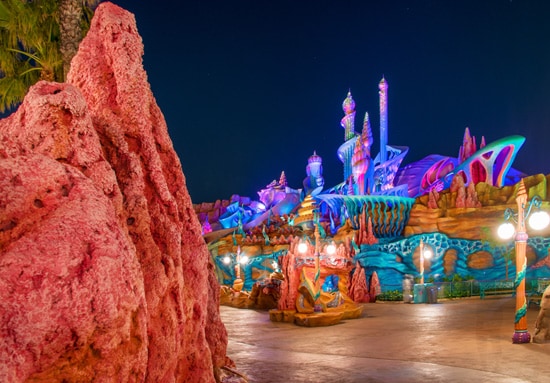 As we shared earlier this year, this area of the park will unveil a new show, “Disney’s The Little Mermaid,” at the Mermaid Lagoon Theater in spring 2015. In it, King Triton will host a musical concert starring Ariel and friends. The theater will also be enhanced with an upgraded stage, new lighting and display screens.