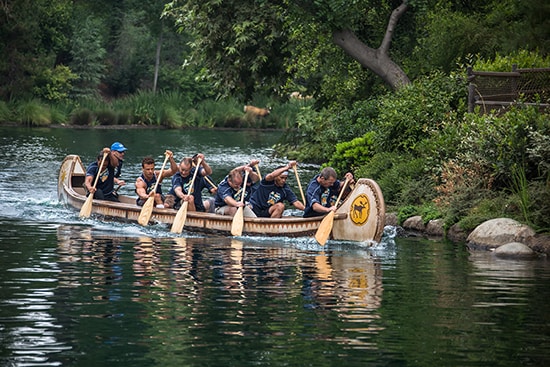 Now in their 50th year, the canoe races began in 1963 when Ray Van De Warker, foreman of the Indian War Canoes attraction, observed a guest canoe filled with athletes charging around the Rivers of America. Ray and Jungle Cruise foreman Bob Penfield debated how fast their teams could get around the river and a challenge was set forth between the Frontierland cast and Adventureland cast. That summer ignited a cast tradition that has spread to the Walt Disney World Resort, Toyko Disney Resort, Disneyland Paris and Hong Kong Disneyland Resort. “I had no idea the races would ever be this successful … they’re world famous now,” said Penfield, who is retired after more than for 42 years with the Disneyland Resort. “The camaraderie and teamwork that forms from participating in races is outstanding and leads to a lot of great memories and friendships.” 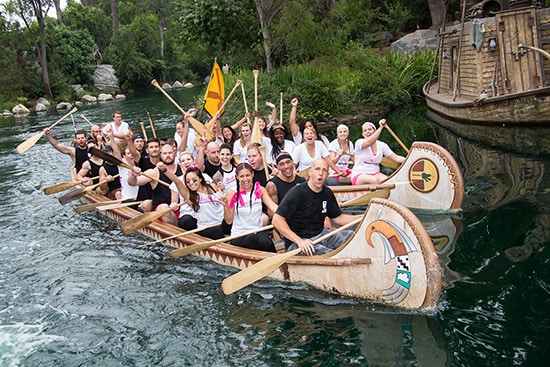