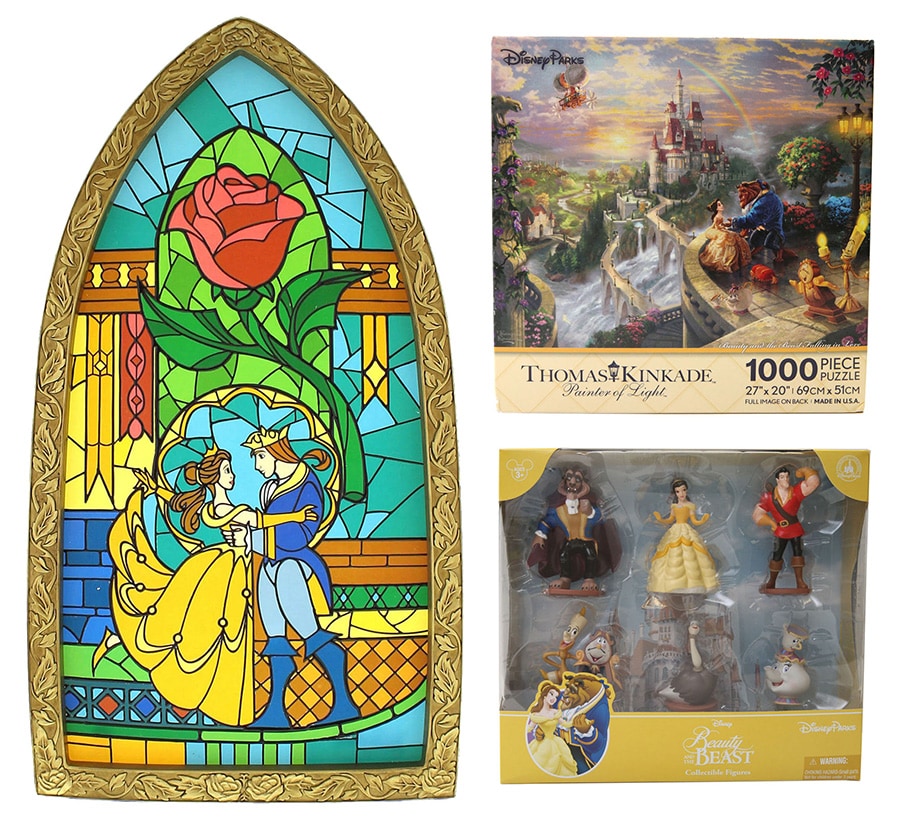 At the beginning of summer, I gave you a look at a new (and now almost sold out) Vinylmation series featuring Disney’s animated classic “Beauty and the Beast.” As it turns out, that set was the first of several new items coming to Disney Parks that celebrate this “tale as old as time.” I recently visited with the merchandise developers for collectibles, home, and toys to get a look at what else you can expect in the coming months. There are some incredibly detailed and fun items on the horizon, so here is a look at some of my favorites.

From the art and collectibles team, I like the new medium-sized statue that resembles the fountain found outside Gaston’s Tavern in New Fantasyland at Magic Kingdom Park (It looks like they shrunk the fountain down to one that stands 14.5-inches tall!). Costa Alavezos from Disney Design Group, who recently designed new shoe and ear hat ornaments, worked on the statue.

Another favorite item is a Lumiere decorative figure that is coming soon from the home and décor team. Standing about 11-inches tall, the coolest part of this figure is that his candles light up and appear to flicker (there is an on/off switch under the candle base). 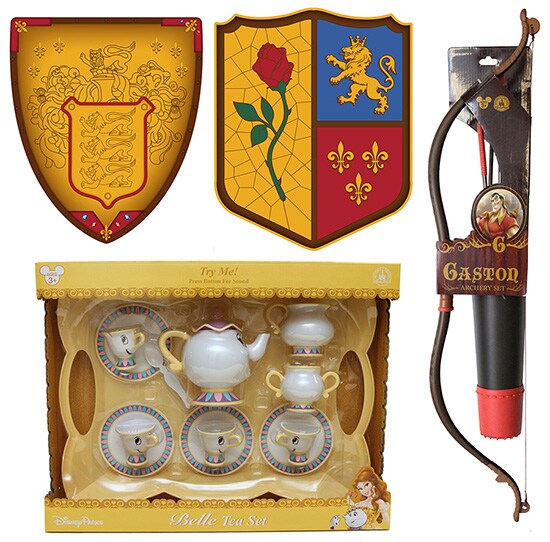 The toy team has several new things in the works including a Gaston archery playset, a new 1,000 piece puzzle featuring artwork by Thomas Kinkade, and a collectible figure set of characters from the film. In the coming months, they are introducing a Belle tea set that includes a talking Mrs. Potts and Chip, as well as new shields and swords. 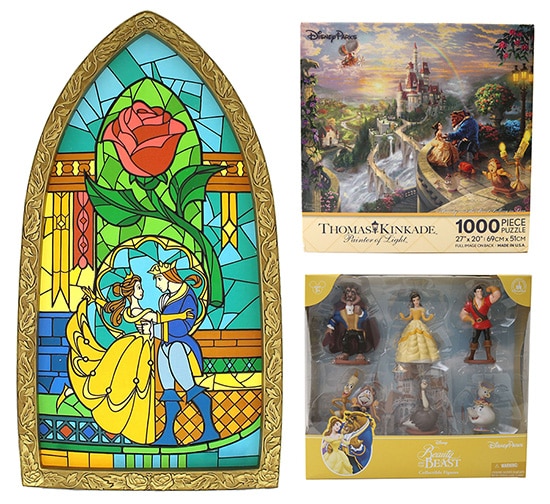 The home and décor team recently introduced a throw, which you can find on the Disney Parks online store. The art and collectibles team is following up with a decorative stained glass-like window that used a similar image found on the throw. They also are producing a beautiful (and large) tapestry which measures 54-inches by 35-inches.

Look for these items and more coming soon to select locations at both Walt Disney World and Disneyland Resorts. You can also find other items inspired by Be Our Guest, the amazing restaurant in New Fantasyland at Magic Kingdom Park, on the Disney Parks online store.