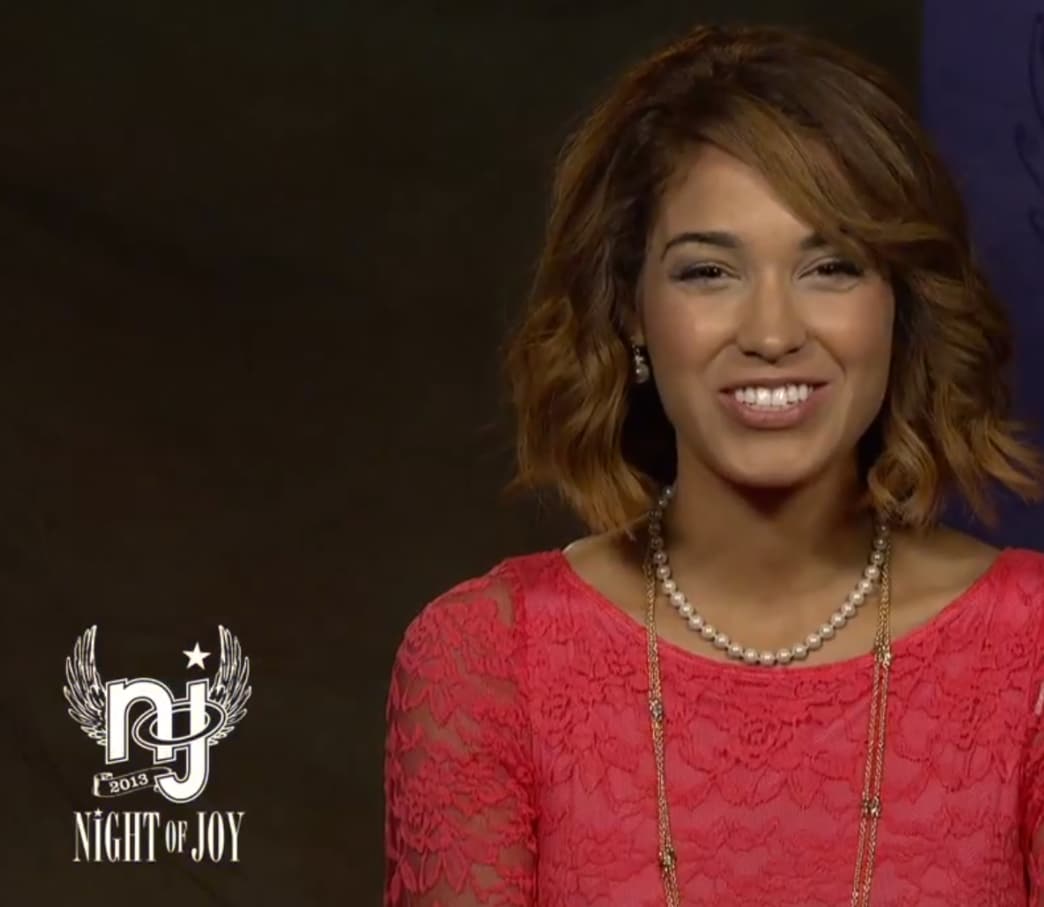 At first, it might not seem like California-born beauty Peters and Aussie duo Joel and Luke from for King & Country wouldn’t have much in common. But, interestingly enough, even while we were with them for the KLOVE Fan Awards in Nashville this past June, Moriah and Joel were already planning an early July wedding! A huge congratulations to them; and we’re really looking forward to hosting the newlyweds at Night of Joy next month!

Moriah, one of the newest artists from the Provident Music Group, began writing songs at age 13 in a small town outside of Los Angeles and recently came to the wilds of Nashville to pursue her heart for Christian music. Her debut record, I Choose Jesus, showcases a breezy music style with very powerful lyrics. When we caught up with Moriah in June, she told us about coming to Night of Joy as a guest last year and some thoughts on her first Night of Joy performance, including a favorite Walt Disney World Resort treat that she’s already anticipating.

For King & Country brothers Joel and Luke are no strangers to the Christian music industry. Forming their own group in 2008, the two went through various artistic states and had some moderate success. That all changed last year with their latest record Crave and the single “Proof of Your Love,” whose haunting melodies and simple but profound lyrics struck a chord with Christian music audiences around the world. At the KLOVE Awards, we sat down with Joel – Luke was feeling under the weather that morning – and he told us about the origin of their band’s name and offered some great advice for our Night of Joy youth groups.

2013 marks the 31st year for Disney’s Night of Joy, two nights where the best in Contemporary Christian music meets the fun and fantasy of the Magic Kingdom Park. In addition to their favorite Christian artists, guests can enjoy beloved Magic Kingdom Park attractions like Space Mountain, Splash Mountain and Big Thunder Mountain – along with New Fantasyland, the largest expansion in Magic Kingdom Park history.