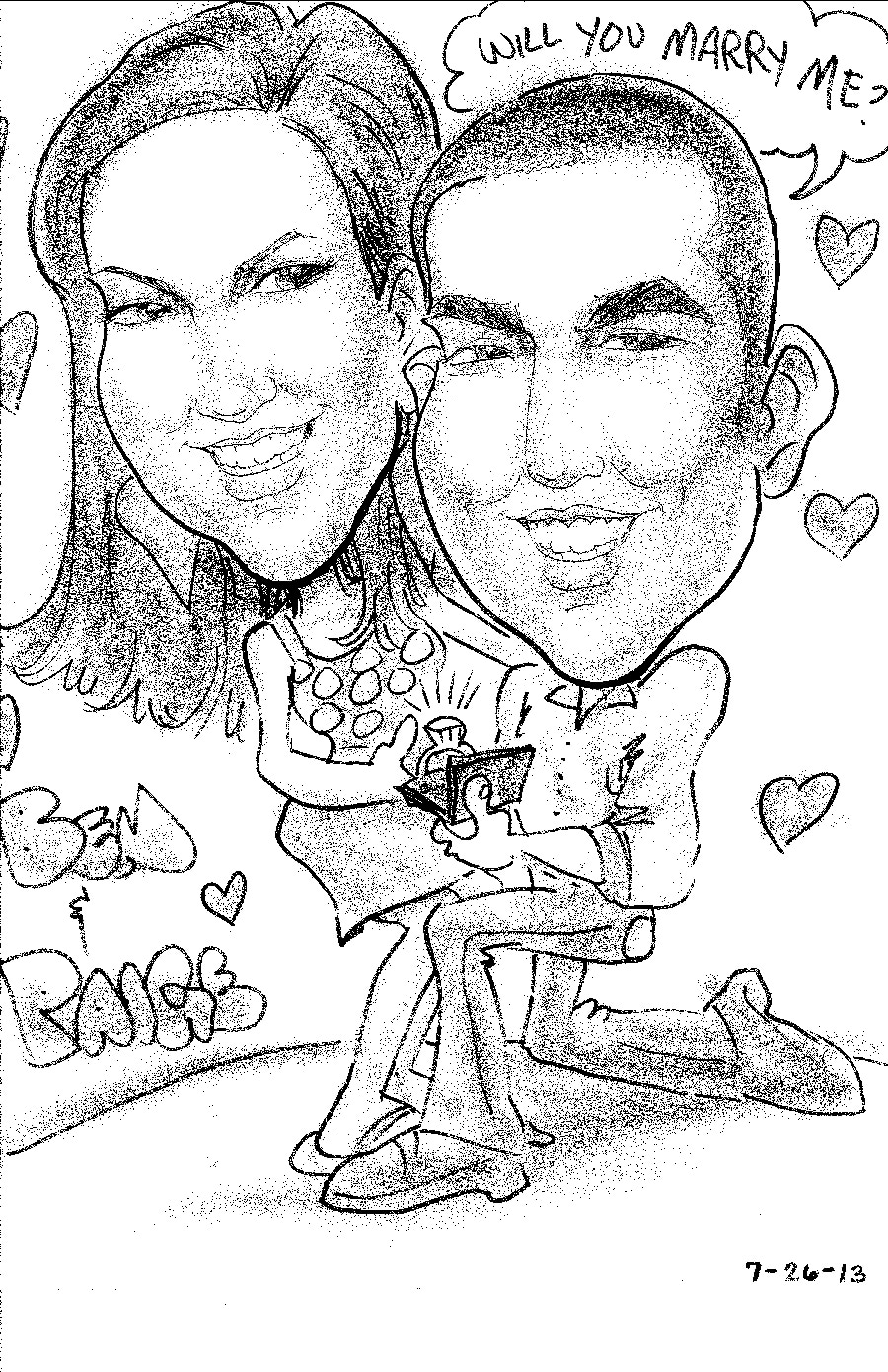 ‘Drawn’ to Each Other – A Magical Proposal at Downtown Disney Marketplace

I’ll admit it – I’m a sucker for a good love story. Every time I hear about a proposal in the Magic Kingdom Park Rose Garden, or see a photo of a bride stepping from Cinderella’s Royal Coach at the Disney Wedding Pavilion, I’m reminded that even in real life, fairytales can come true.

That’s probably why I was so smitten when I heard about a proposal that recently took place at Airbrush Caricatures here at Downtown Disney Marketplace.

Guest Ben Landaal orchestrated everything to perfection to surprise his girlfriend of a year and a half, Paige Lawton. A few days before the big night, Ben made arrangements with Airbrush Caricatures, sharing his “perfect proposal” vision. Fast-forward to engagement night: Paige thought they were simply having a regular caricature created, but instead they were capturing one of the biggest moments of their lives.

As Ben tells the story, “I sat down by the artist right away, so that he could draw my head first. He then had Paige sit down and proceeded to draw her face and both of our bodies while she was still sitting. As you can see in the picture, the artist had me on one knee holding the ring out, and he wrote on the picture, “Will you marry me?” When the caricature was complete, he told Paige that she could get up. She immediately turned around and looked at it. At this point, I went down on one knee and pulled out the ring.”

Based on the smiles, I think you can guess what she said?

Sure, magical Disney moments will always happen under castle archways or beneath glowing fireworks, but it makes me happy to know they can happen in sometimes-unexpected places, like Downtown Disney, too!

I love a happy ending and couldn’t be more thrilled for Ben and Paige. (Did I mention that I love love?)

Have you been lucky enough to witness a “dream come true” moment during a previous Disney vacation? If so, I’d love to hear about it in the comments below!