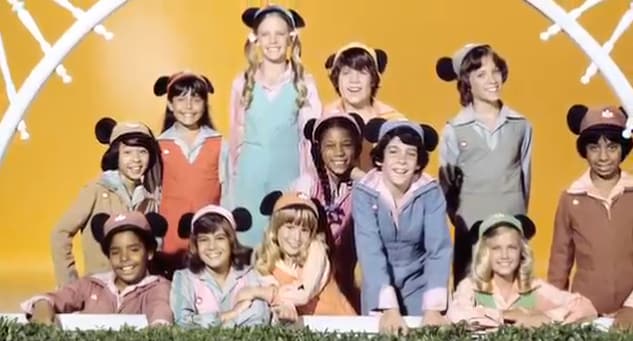 That’s the way Lisa Whelchel describes her role on “The New Mickey Mouse Club” in the late 1970s.

Whelchel, who became a household name for her role as Blair Warner on the long-running series “The Facts of Life” in the ‘70s and ‘80s, also recorded a Grammy-nominated Contemporary Christian album, became a best-selling author and was most recently a contestant on “Survivor: Philippines,” where she tied for second place.

But before all of that, she was chosen in a nationwide search to star as a Mouseketeer on a new version of the famed Mickey Mouse Club TV series. As a teen, she was living her Disney dream, visiting Disneyland park almost every week. She was featured on a lunchbox (which she still has, thanks to her grandmother), recorded a cast album and starred in a made-for-TV movie, “The Mouseketeers at Walt Disney World,” which aired on “The Wonderful World of Disney.”

Earlier this summer, Whelchel brought her family back to Walt Disney World Resort to celebrate her birthday. Disney Parks Blog reporter John Graham met up with her in Magic Kingdom Park to chat about her career, family and “favorite job ever.”

And of course, what Mouseketeer visit would be complete without a visit from the leader of the club himself?