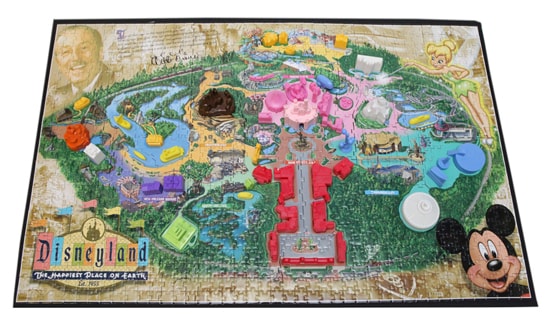 The toy team at Disney Theme Park Merchandise recently shared with me two new items that I believe fellow parents (and those who refuse to grow up) will love. I spoke with merchandiser Cody Hampton about these new things coming to the D23 Expo, the ultimate Disney fan event, and Disney Parks in August.

“We’ve been working on a 4-D puzzle for about two years now,” explained Cody. “The map puzzle features a stylized image of Disneyland park as it exists today. We’ve offered a similar Disneyland puzzle in the past, yet the new twist with this puzzle is the 50 sculpted buildings that can be added to it.” 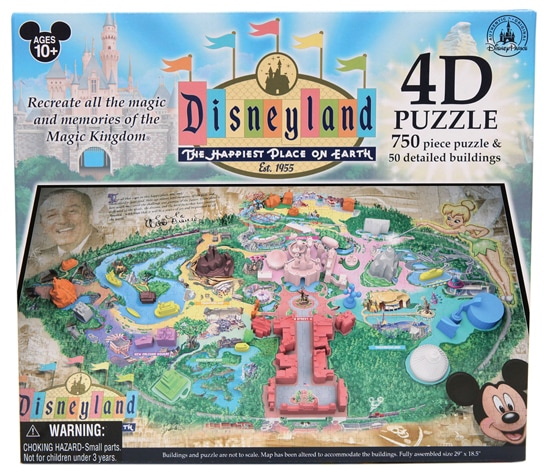 Disney Design Group artists Quynh Kimball, Lin Shih (of recent Radio Disney Music Award fame) and Alex Maher worked on the puzzle design. Lin said they selected some of the most iconic buildings at Disneyland park. Once completed, the puzzle will measure 29 inches by 18.5 inches.

Attendees going to the D23 Expo, taking place August 9–11 at the Anaheim Convention Center, should look for the new puzzle in the Dream Store. The 750-piece puzzle will also be released in select merchandise locations at Disneyland and Walt Disney World Resorts. 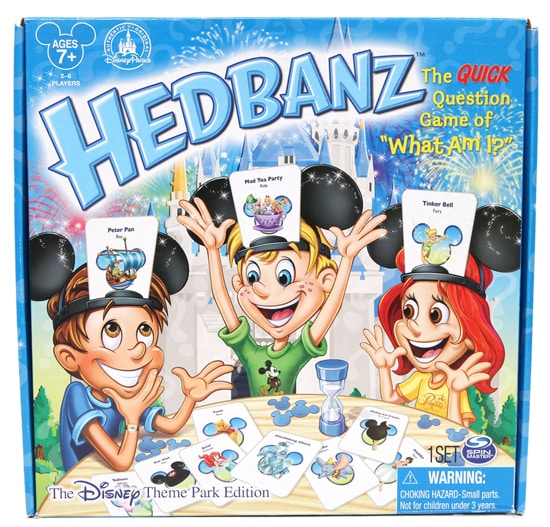 I was particularly excited to see the second item that Cody shared – a new Disney Theme Park edition of Hedbanz. My son received the Disney character version of this game last December for his birthday, so I know he will be happy to play this new one. 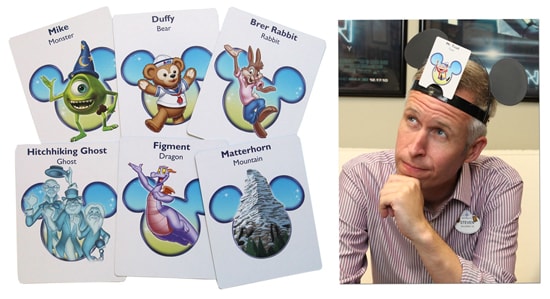 “Hedbanz is a great game for families of all ages,” continued Cody. “This quick guessing game includes Mouse ear-inspired headbands that hold cards while playing. We chose a variety of characters, icons and attractions from Disney Parks including Duffy the Disney Bear, the Hitchhiking Ghosts and even the Mickey-shaped ice cream bar.”

This game will also debut in the Dream Store at the D23 Expo, and will be found at Disney Parks. By the way, tickets are still available to the D23 Expo and can be purchased by visiting this link.

Both of these items will be carried on the Disney Parks online store in October 2013.

From August 9-11, you can meet artist Quynh Kimball, who worked on both the puzzle and Hedbanz, during game nights at Once Upon a Toy in the Downtown Disney Marketplace. He will be at the massive toy store each night from 6-9 p.m.