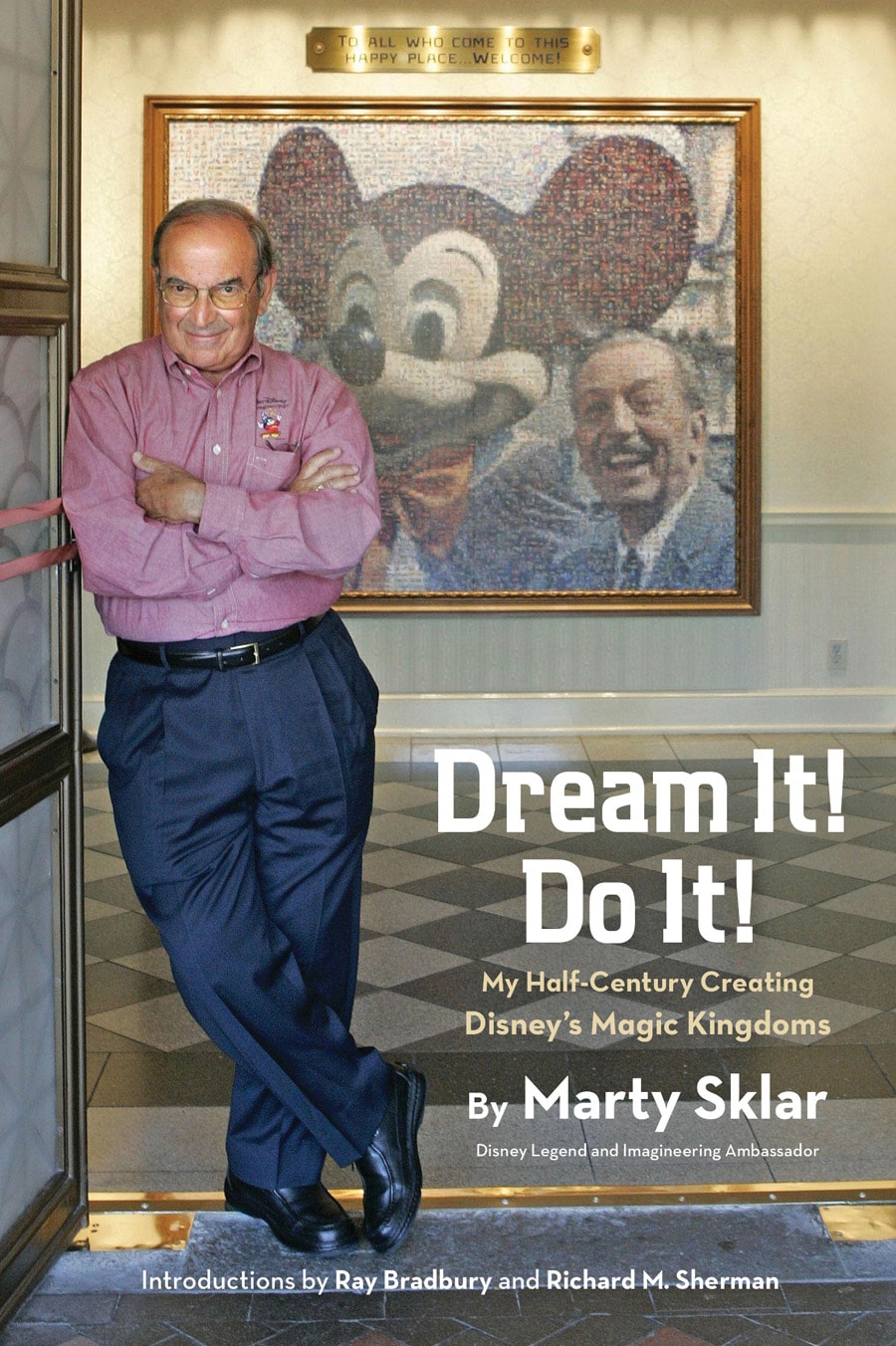 Interview with Marty Sklar, Disney Legend and Author of New Book, ‘Dream It! Do It!: My Half-Century Creating Disney’s Magic Kingdoms’ Today at the D23 Expo, produced by D23: The Official Disney Fan Club, Disney Legend and retired Imagineering executive Marty Sklar spoke about his new book, Dream It! Do It!: My Half-Century Creating Disney’s Magic Kingdoms, launching exclusively this weekend at D23 Expo by Disney Publishing Worldwide. In the book, Marty tells the fascinating story of his half-century Disney career, including working as Walt’s literary right-hand man and helping open nine of the 11 Disney parks around the world. Just before the D23 Expo, I had the opportunity to chat with Marty and I’m pleased to share our conversation here with you.

What has been the proudest moment of your Disney career?

That’s an impossible question, but writing for Walt Disney was very special. I talk about this in my book; I tried to find a way that sounded like Walt in my writing. I found a style that suited me, and that Walt liked, and I’m pretty proud of that.

Do you have a favorite project that you’ve worked on?

We live in a world of fantasy in many of the parks, but when you get into reality, like at Epcot or Disney’s Animal Kingdom, it’s a different thing. It’s a great challenge, and we love challenges.

As a writer, how do you feel words impact an experience, like a theme park attraction, like visual effects and technology do?

I fought for years not to use word “ride” because I felt that what we do is stories and immersive experiences, and a ride vehicle is just a method of going through the story. We do stories, we do experiences, and we do adventures. Early on, we developed this language so Disney parks attractions would stand out from what everyone else was doing. I always felt that the words convey what we’re doing and what makes us different.

What is your favorite memory of working with Walt Disney?

Well, he was so far ahead of us. He made it very clear to us that whatever we did yesterday was not going to be good enough again, because he was moving on. He always made it clear to us that we could do better the next time.

Jim Cora called you the “Jiminy Cricket for the organization.” Why is it so important to pass along the “Disney way” to future cast members?

I really think what Walt started is important to the whole world. We have so much stress in life. John Hench once said that the parks were about the reassurance that the world can be okay and that things can be done right. The idea that you can do something right and people will respect it is so much the fabric of the Walt Disney Company. You can read even more of Marty’s story in Dream It! Do It!: My Half-Century Creating Disney’s Magic Kingdoms from Disney Publishing Worldwide—available on August 13 wherever books are sold.

Likes (1)
Share Interview with Marty Sklar, Disney Legend and Author of New Book, ‘Dream It! Do It!: My Half-Century Creating Disney’s Magic Kingdoms’