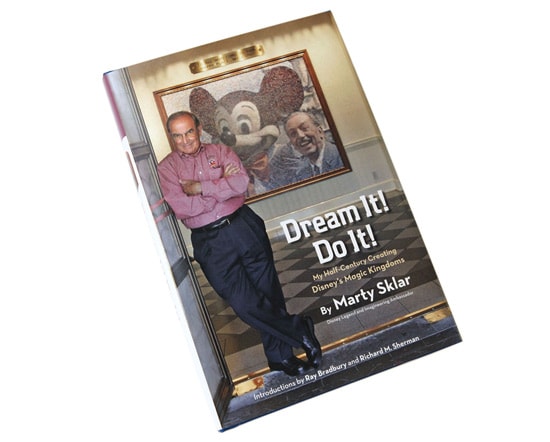 My fellow Disney Parks Blog author Erin Glover recently sat down with Disney Legend and retired Imagineering executive Marty Sklar to discuss his new book, Dream It! Do It!: My Half-Century Creating Disney’s Magic Kingdoms. The book by Disney Publishing debuted at the D23 Expo and I can’t wait to read it! I first met Marty during my training for the Walt Disney World Resort Ambassador role in November 2000. At that time, my fellow Ambassadors and I had lunch at Walt Disney Imagineering headquarters in Glendale, Calif., with Marty and Disney Legend John Hench. They shared some wonderful stories about their experiences working on classic Disney attractions and what it was like working with Walt Disney (yes, I was beyond geeked out by the entire experience).

I caught up with Marty to ask him what Disney fans will find in his new book. 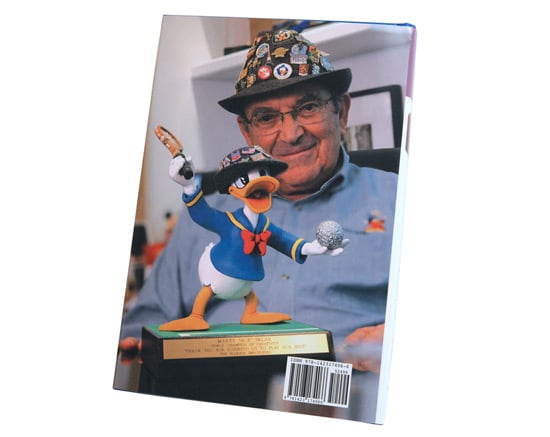 “The book, in many respects, is a look back at the people I worked with and the passion they had for the product,” explained Marty. “I also wanted to correct some of the myths about Walt Disney, because there are so many, and having worked with him I knew so many weren’t true. I also wanted to take advantage of being the only person involved with the openings of all 11 Disney parks around world. I thought I had a responsibility to tell that story.”

You can meet Marty during several upcoming events at Disney Parks.

At Disneyland Resort, Marty will be meeting with fans at the newly relocated Disneyana location on Main Street, U.S.A., in Disneyland park on August 23 from 9 a.m. to 11 a.m.

Guests in Florida will have two different opportunities to meet Marty at the Walt Disney World Resort. He will be at The Writer’s Stop in Disney’s Hollywood Studios on September 11 from 9:30 a.m. to 11:00 a.m. Fans can also meet him on September 12 from 11:00 a.m. to 12:30 p.m. in the Art of Disney at the Downtown Disney Marketplace.