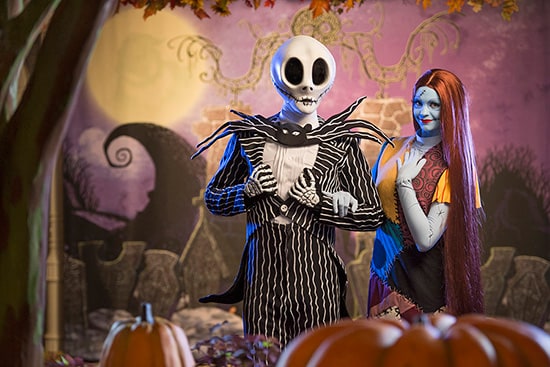 Can you believe that Mickey’s Not-So-Scary Halloween Parties will return to Magic Kingdom Park in just one month? This year our special-ticket event, which celebrates Halloween with a special parade, fireworks and trick-or-treating, will also offer a rare character greeting opportunity, new Halloween entertainment and more.

This year’s event will mark the debut appearance of Jack Skellington and Sally (from Tim Burton’s “The Nightmare Before Christmas”) at Magic Kingdom Park. Look for the Pumpkin King and his love in the Town Square area of Main Street, U.S.A.

Phineas and Ferb will also take charge of the Creepa Crew this year. This group gets parade-goers warmed up for fun on Main Street, U.S.A., while they wait for the parade’s arrival.

Over in Tomorrowland, “Monsters, Inc.,” scarers Mike and Sulley will host their own Monstrous Scream-O-Ween Ball dance party on the Rockettower Plaza Stage. The stage has been completely transformed for this “monstrous” event. Here’s a hint – show up ready to scream your lungs out!

Two returning party favorites are the Boo-to-You Halloween parade, which features the Headless Horseman, Disney characters in Halloween regalia and the ghostly inhabitants of The Haunted Mansion. Another is the Happy HalloWishes fireworks spectacular, which illuminates the park in glittering color and light.

Oh, and don’t forget that dressing in costume is encouraged!